The Less Attractive Side of Unionism 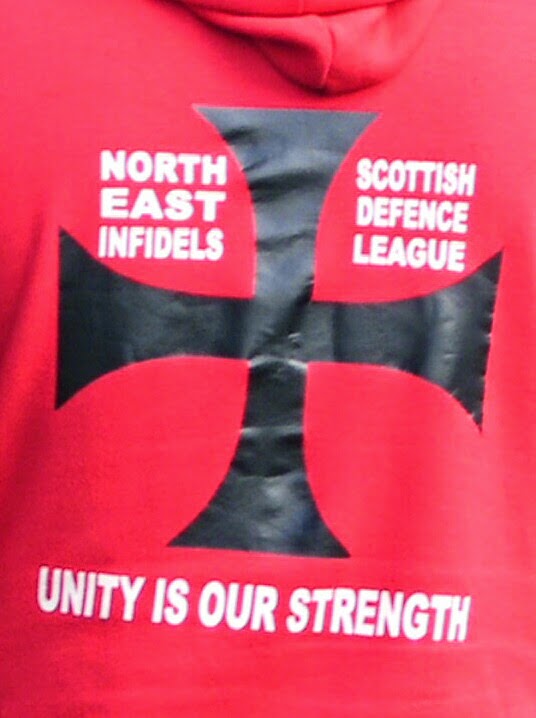 Greetings to readers old and new from Berwick-upon-Tweed, located about a mile south of the Scottish-English border, and thus on the front line of the consequences of the referendum on whether or not Scotland should become independent, which is now not much more than a week away. Some of us have been thinking about these consequences for years now, but the London based media and most of the English population seem to have only just noticed anything is happening. The level of panic engendered in Westminster by one solitary opinion poll showing a very small lead for the Yes side has genuinely surprised me, which I suppose just shows how differently we think up here.

I had thought that the leaders of the Westminster parliament could not get any stupider in their handling of the unionist campaign, but I was wrong. The three leaders of the main Westminster parties have, far too late, buried their differences and announced that they will visit Edinburgh tomorrow to campaign for Better Together. The sight of Cameron, Clegg and Milband advancing on the Scottish capital in a posse is guaranteed to terrify any Scot into voting Yes, to make sure it never happens again. And as for flying the Scottish flag over Downing Street ..... if I were a Scot I would feel insulted. Actually, even though I'm English I feel a bit insulted. NOW you care? For the two years since the referendum was announced you've just assumed you didn't need to do anything, and now after one opinion poll that worried the financial markets and weakened sterling a bit you have rummaged in the attic and blown the dust off a Scottish flag? And you wonder why they don't want to be governed by you any more?

I have been saying for some time, when asked, that my personal prediction is that the result will be so close that it will be considered inconclusive. A few weeks ago I said it on tape for the benefit of a German journalist who wanted to know what Berwickers think on the subject. Of course, a 51% lead for No, which would undoubtedly be greeted by Westminster with a firm 'that's the end of that then', would be a lot more conclusive than a 51% lead for Yes, which would probably be greeted both by Westminster and by No-voting Scots with 'that's not nearly a clear enough mandate for such a radical step'. And since the bumbling oafs in Downing Street have now in desperation promised the Scots almost anything they want so long as they stop short of full independence, even a No result would only signal the start of further negotiations.

You are probably wondering what the photo above has to do with any of this. It is a cropped view of the back of a sweatshirt worn by one of the marchers on a demo held in Berwick a few weeks ago by the Scottish Defence League, the populist-right political group. The North East Infidels are a similar group in north-east England who have chosen their name to emphasise the anti-Muslim aspect of their views ('infidel' being an insulting term sometimes applied to non-Muslims by extreme Islamists, here embraced proudly by the insulted). I have hesitated for some time over the appropriateness of using it on this blog, but now that the debate over the referendum has become so intense and so bitter I thought I might as well chuck it into the mix. It's an interesting take on the unionist argument that we are 'better together'.  The supporters of the continued existence of the United Kingdom have done a good job of presenting themselves as the polite and genteel side, regretting all this unnecessary rumpus being caused by a few troublemakers in North Britain, but actually, you know, there is a dark side to unionism just as much as there is a dark side to nationalism.