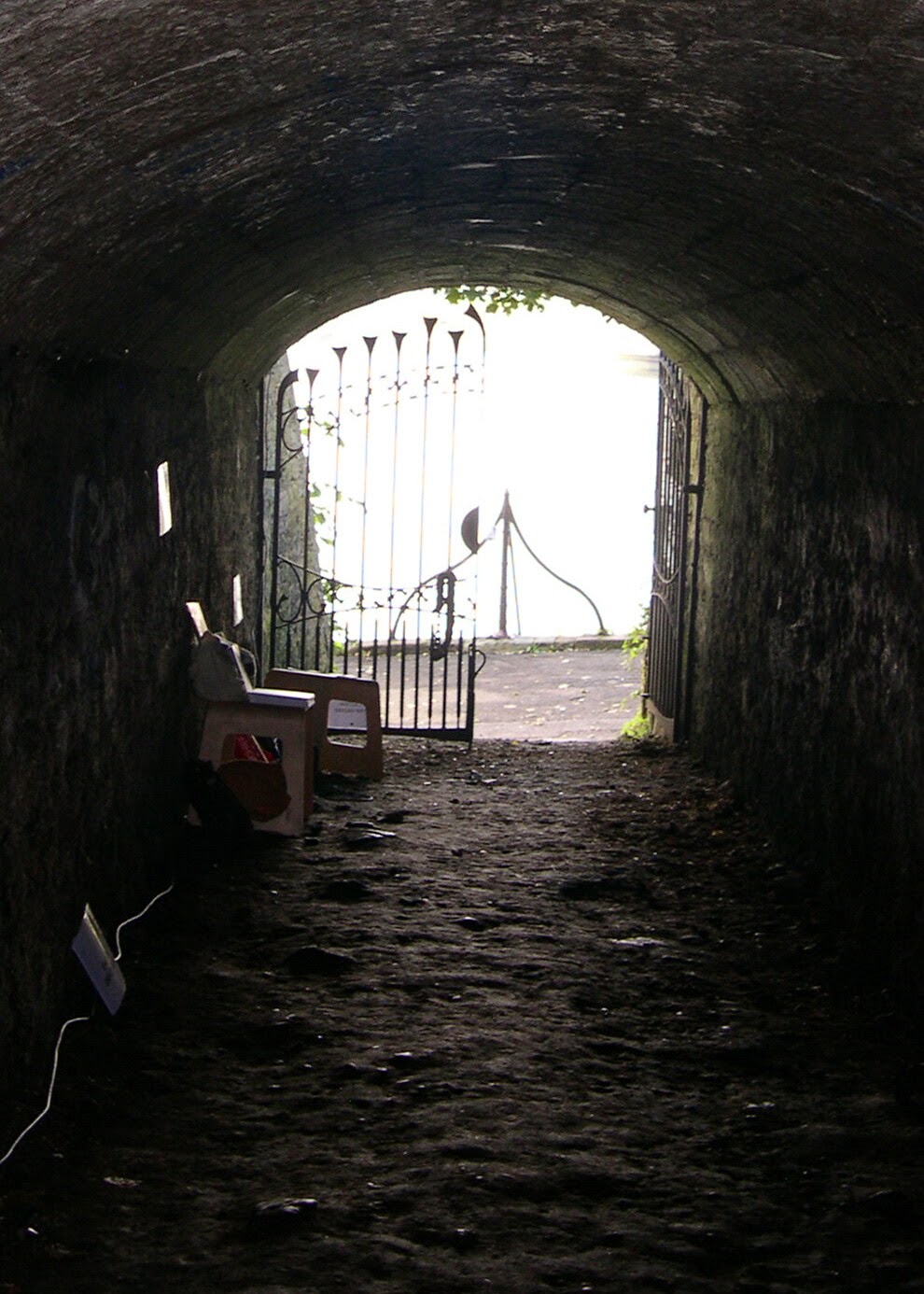 The Berwick upon Tweed Film and Media Arts Festival, of which I am a huge fan and about which I have written in previous years, is taking place from 17th to 21st September this year. And isn't something happening just over the border during that period? Oh yeah - the Scottish independence referendum takes place today. The Scots are voting (reportedly queuing up to vote at a turnout rate of over 80%) even as I type. So to fit in with this the Festival has this year adopted the theme of Border Crossing. All of the films and installations are about the borders between countries and the people who live and work next to them and across them.

The thing that makes the Berwick festival really special is the video installations in unusual locations. The town has a number of ice houses, where ice was stored in the days before mechanical refrigeration to be used in packing fish for market. These are amazing spaces and are sadly under-used now, so it is fantastic to see them opened up as artistic venues. 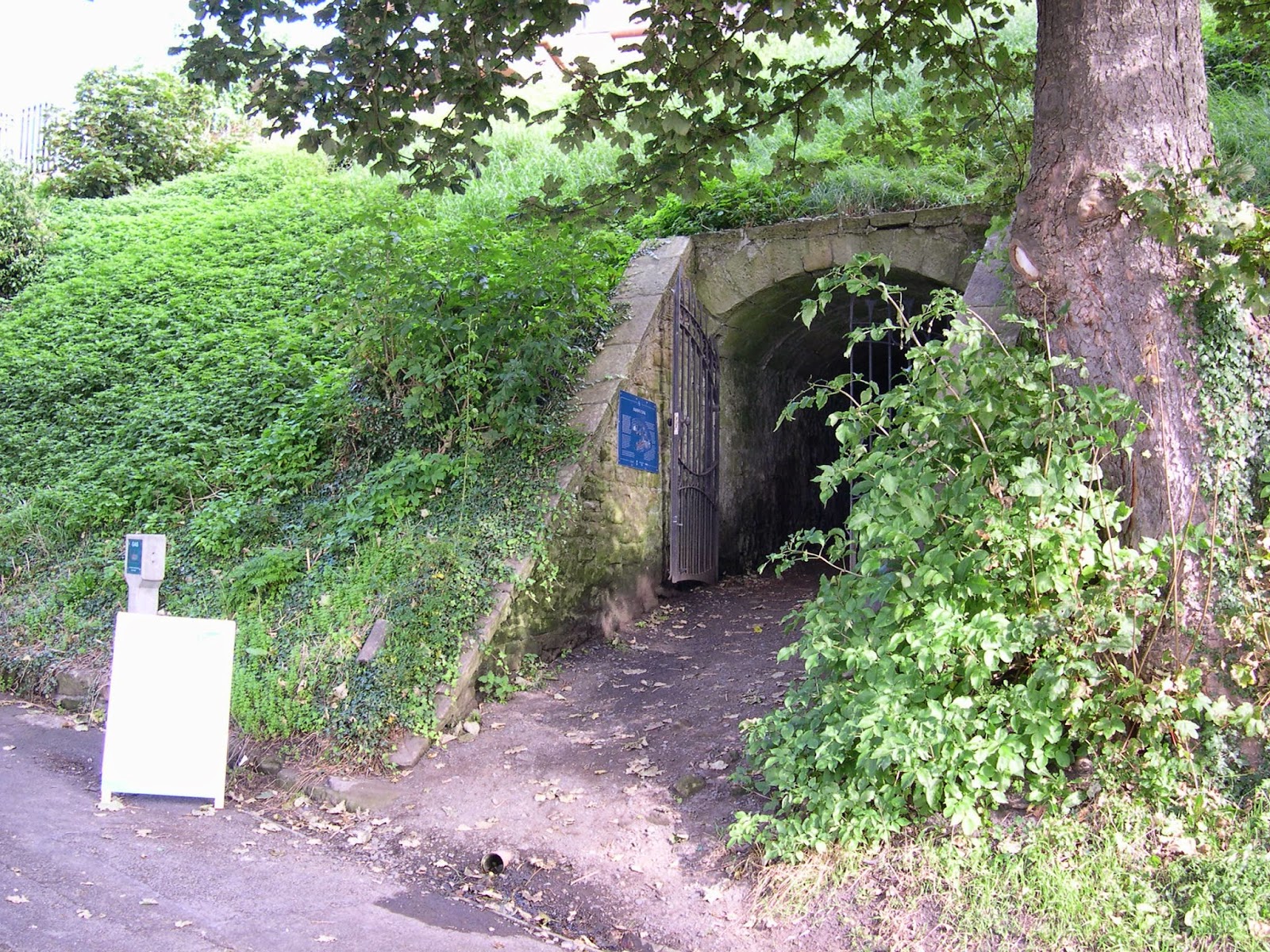 These photos show the entrance to Bankhill ice house, inside and out. Sadly it is not possible to take pictures of the pitch black interior without professional equipment. This year it is the venue for an eight screen installation by John Wallace and Professor Pete Smith showing the rivers Tweed and Sark, on the east and west respectively of the Scottish-English border, and the life of people who live and work around them. I had a quick look in this morning and it nearly made me cry. It is such a beautiful evocation of the community cross-border life that we now feel to be threatened. I am fairly sympathetic in principle to independence for Scotland (much more sympathetic than most people in Berwick) but I really dread anything happening at national political level that would result in the building of some kind of frontier control that would make the continuation of this cross-border life impossible. Everybody I have spoken to, from both sides of the border, shares this sense of dread. The Yes campaigners I know hate the idea as much as anybody else but insist it will never happen.

We have been the subjects of a media frenzy over the last couple of weeks, with many Berwickers finding themselves starring in foreign newspaper reports. My friend Simon Heald is quoted in his usual pithy style in a New York Times piece that is one of the better and more balanced articles I have seen. When I congratulated him yesterday he continued in the same style, saying that the Better Together campaign 'could not have been any more badly handled if they had just sent a troop of trained chimps to throw bananas at the Scots'. The comedy antics of Team Westminster have indeed sometimes seemed to descend to the level of 'vote No and we'll give you extra bananas'. I heard somebody on the radio say that the Yes activists have had all the romance and passion while the No Thanks campaign has just droned on about the Barnett Formula (a system of allocating public expenditure). If only Better Together could have borrowed some of the romance of Tweed-Sark Cinema.

After two years of writing about the subject on this blog, thinking and wondering and worrying about it, I now just want the indyref to be over. So that I can get some work done again and maybe get a good night's sleep.
Posted by Elaine Housby