Let's Hear It for Rabbie Burns 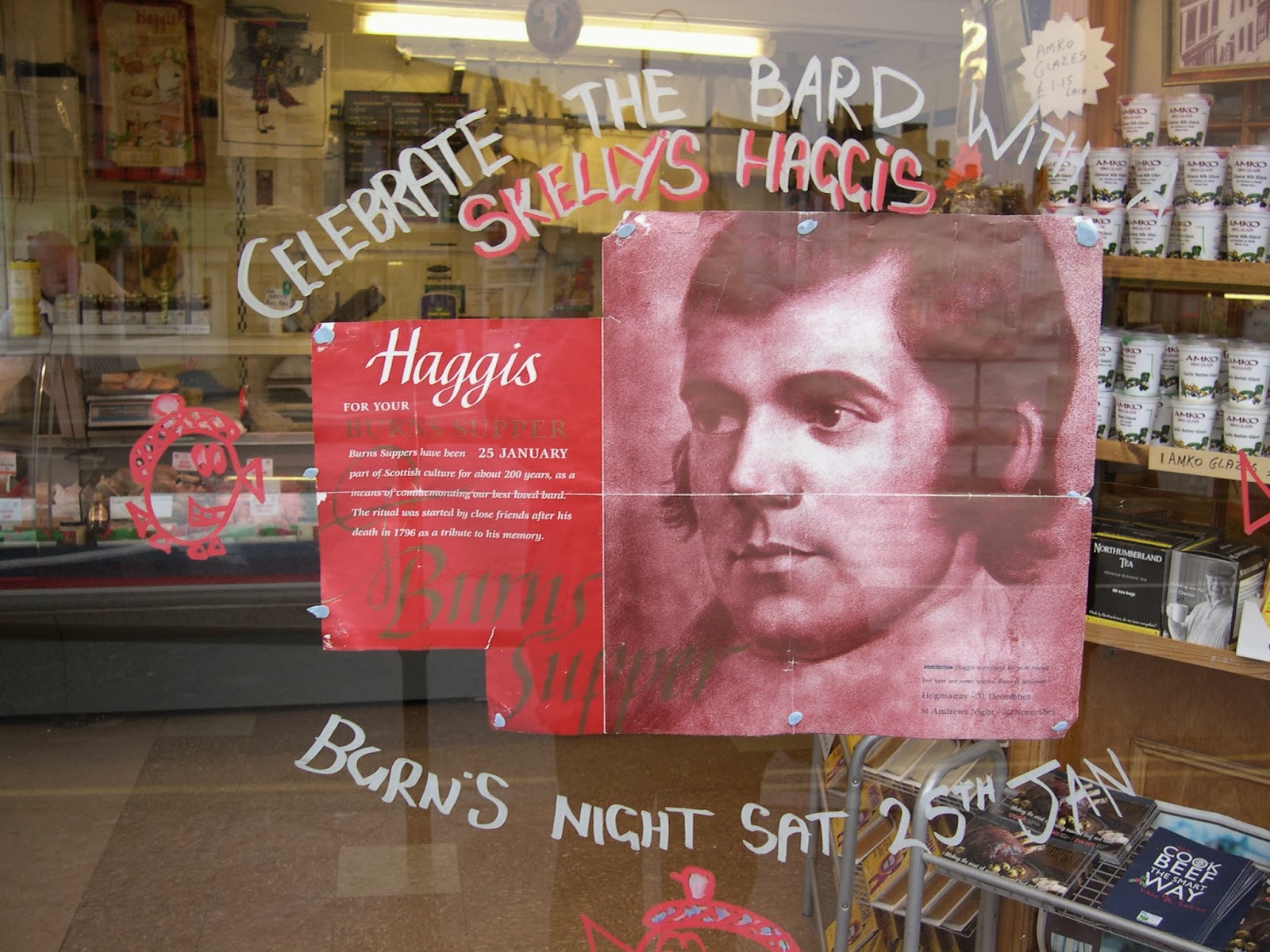 This is the window display put up by one of our local independent butchers here in Berwick to promote their haggis for Burns Night last Saturday. Pretty eye-catching, isn't it?  You will probably have heard of the 'address to a haggis' that is traditionally read at these Burns suppers. I looked it up today for the first time ever. It is written in a mock serious style and contrasts this splendid traditional food of the Scottish peasantry, responsible for raising a population of hardy tillers of the soil, with 'French ragout and fricasee' that would 'make a sow spew'. Take that, you celebrity chefs.

I have written before of my affection and admiration for the political views so eloquently expressed by Rabbie Burns, but to mark this year's celebration I thought I would quote him at more length. Probably his best known poem after the one about the haggis is the paean to the values of democracy and egalitarianism featuring the line 'a man's a man for a' that'. This was sung at the opening ceremony of the re-formed Scottish parliament in 1999, because it was felt to express the values that the parliament should defend.  The verse I really like is the one that comes after that line.


See yon birkie, ca’d a lord,
Wha struts and stares and a’ that
Though hundreds worship at his word
He’s but a coof  [fool] for a’ that
For a’ that and a’ that
His riband, star and a’ that
The man of independent mind,
He looks and laughs at a’ that.

My 19th century edition of the complete works glosses 'birkie' as 'a spirited fellow'.  Hmm.  Chambers dictionary gives the meaning as 'a strutting or swaggering fellow' and suggests that the etymology is related to the verb 'to bark'.  Now that's more like it. Any number of 'coofs' in modern Britain who swagger about barking nonsense and getting away with it because they have 'lord' or some other aristocratic title in front of their name come to mind. And nowadays they're not just hereditary ones, we have the cursed invention of life peerages, largely used as a way of getting the prime minister's mates into parliament without the inconvenience of an election but sold to the public as an introduction of the meritocratic principle into the whole rotten aristocratic system. I would like to see this poem inscribed on a plaque and nailed over the entrance to the House of Lords.
Posted by Elaine Housby