Why Berwicum Super Twedam Does Not Seem to Floreat Much 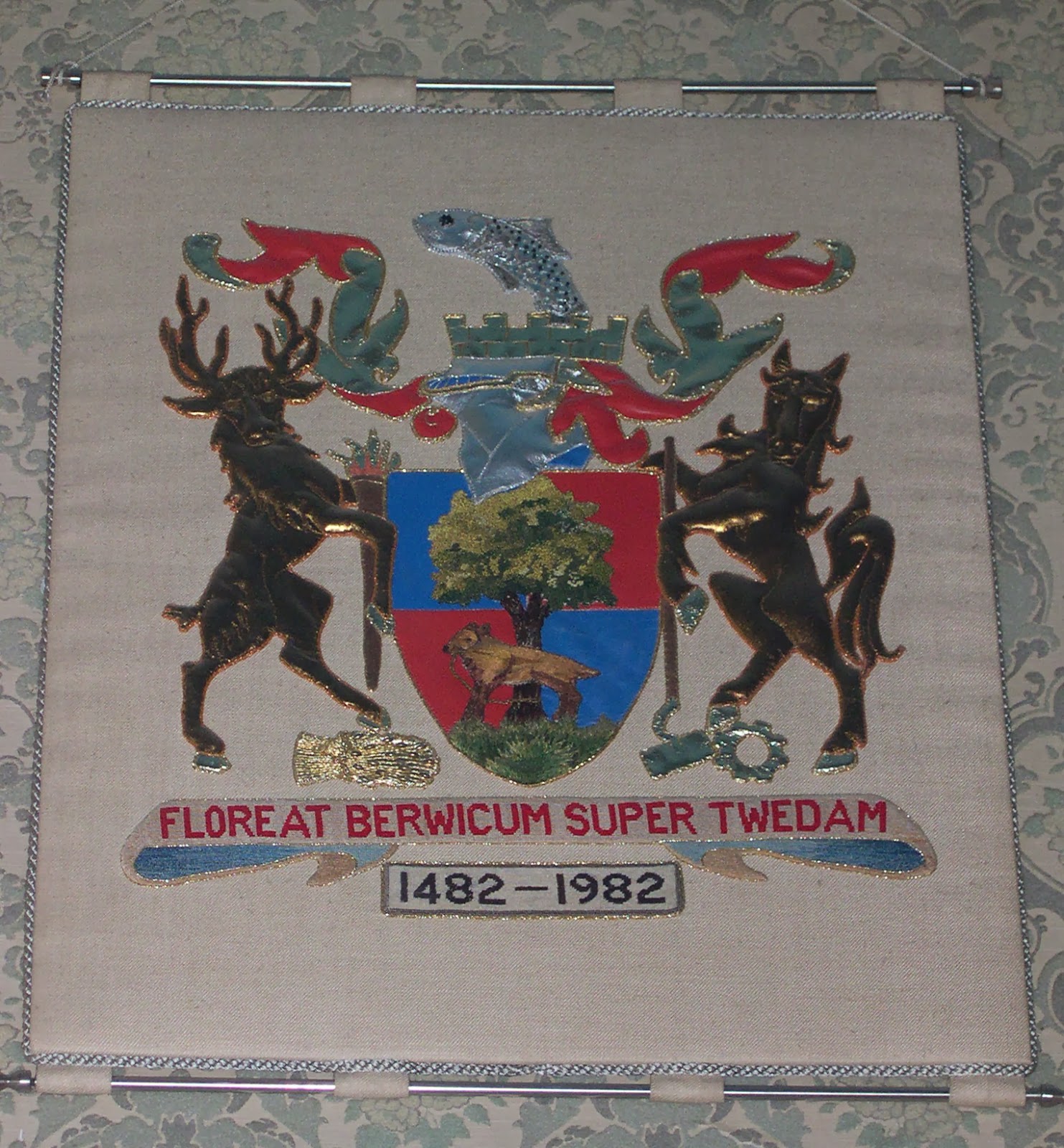 I snapped this ornate piece of civic pride hanging in the council offices on the sly while stewarding an installation for the film festival in there. The piece of rather naff Latin translates as 'may Berwick upon Tweed flourish' and so seems as suitable as anything to illustrate this report of a talk I attended this week.

It has become an annual custom for the speaker at the January meeting of Berwick Civic Society to be a representative of some branch of local government. I sometimes wonder why they agree to make the long trek to this furthest outpost of Northumberland on a freezing winter night just to be abused for a couple of hours by irate residents who don't get many other chances to express their dissatisfaction with what they get for their council tax.

This week the speaker was John Lord, the Berwick project director of Arch, a company set up by Northumberland County Council as an 'arms-length' deliverer of regeneration projects. Last January Mr Lord gave us what I thought was an excellent talk on the problems involved in regenerating Berwick. There are a lot of them. He was bold enough to make the point that nobody nowadays needs or wants to do their shopping in a 1950s style high street, because we have supermarkets now and we like them a lot more. This year he had expanded this point to an entire presentation, packed with quotes, graphs, charts and other assorted data to illustrate the massive changes in the way we live, work and shop over the last few decades. I was very impressed. I think I may have been the only member of the audience who was. Confronting some of the local activists with economic reality is a pretty thankless task.

A few examples of statements which may appear obvious to my readers but produced frissons of disapproval in the room. There is a general trend for local high street shops to move downmarket because they increasingly cater primarily for a captive group of consumers who cannot afford to travel far to shop. Anybody who has the means to travel to a large urban centre to shop does so, because it's just a much more enjoyable experience. It is 'not remotely true' that the rents of shops on Marygate, Berwick are higher than those on Princes Street, Edinburgh. (As if! I wonder how long it is since that questioner has been to Princes Street.)  The reason that most of the small towns in the Scottish Borders are much more attractive and prosperous looking than Berwick is because - wait for it - the people who live there are richer than the people who live here. At this point the chair helpfully chimed in with the information that average incomes in Berwick are the lowest in the whole of Northumberland. No data on how they compare with the Scottish Borders, which is a more meaningful comparison for Berwick residents, seemed to be immediately to hand, but we can guess that the conversion of places such as our namesake North Berwick into essentially dormitory towns for Edinburgh, with a bit of tourism thrown in, has raised the average a fair way above us.

The nub of the problem is that Berwick upon Tweed is a bit too far from both Edinburgh and Newcastle to attract affluent commuters, but near enough to both of them to attract locals to do their shopping there. So the economic forces drawing money out of the town are stronger than those pulling it in. Add in the reluctance of most Scots to live cross border, and we're stuffed, really.
Posted by Elaine Housby