The Lion and the Unicorn Are Fighting For Our Taxes 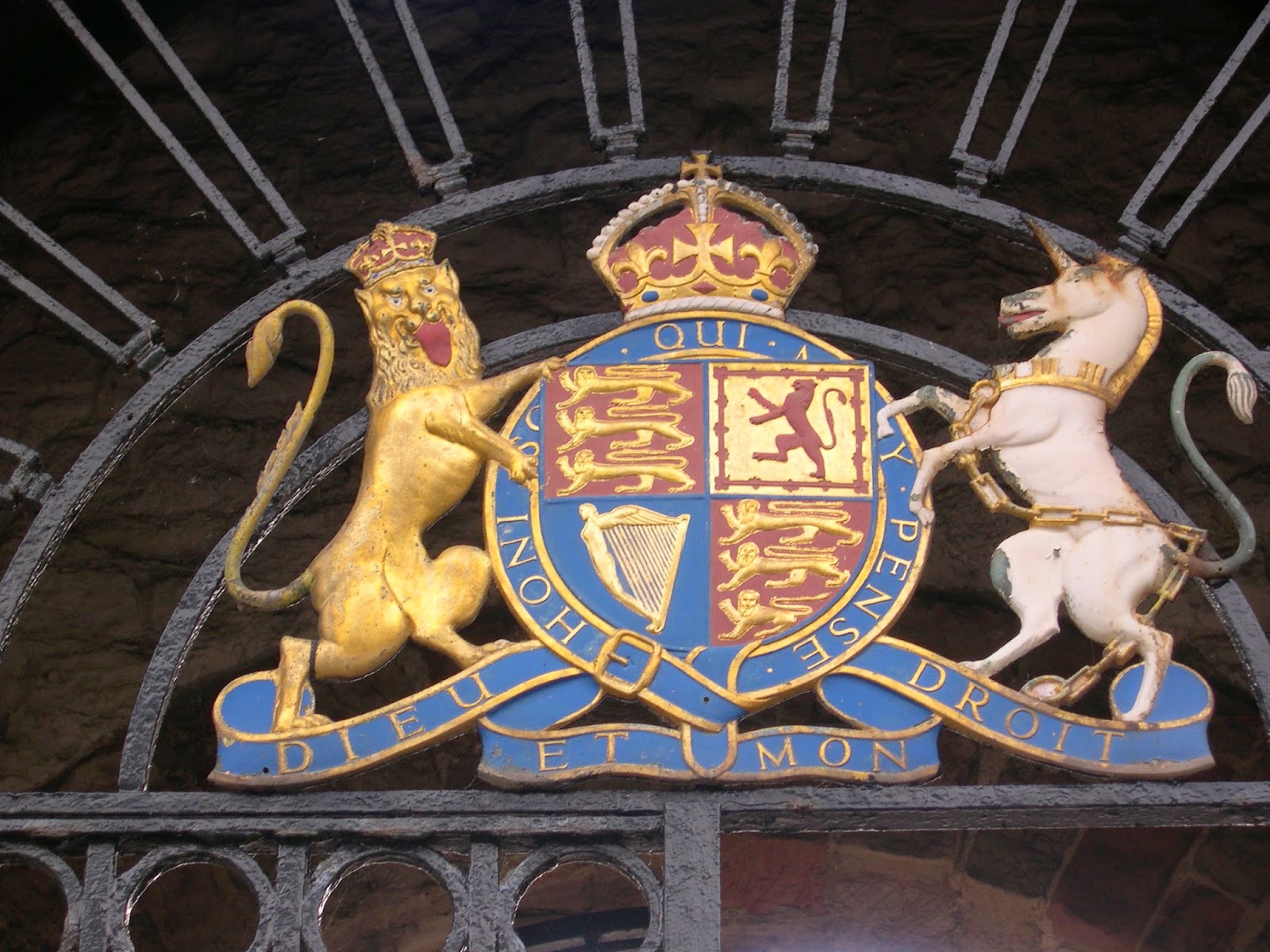 This is the coat of arms over the gateway of the Barracks in Berwick-upon-Tweed. I was vaguely aware that something similar turns up on many official institutions of the British state, but never knew what it meant until I finally got around to looking it up after taking this photo. Apparently it's the Royal Coat of Arms of the United Kingdom. Somehow I've managed to avoid learning that for the last five decades, which I think means I've just failed my UK Citizenship test.

The Lion is a symbol of England and, through English domination of the Union, of the whole of Britain. I remember in history lessons at school looking at Victorian cartoons from Punch magazine that showed ill-advised foreigners daring to 'twist the tail of the British lion'. It is less well known that the Unicorn is an old heraldic symbol of Scotland. The reason it is chained is because this mythical beast has such dangerous supernatural powers, as we all now know from the Harry Potter books. It has nothing at all to do with Scotland not being free, but of course the symbol of the chain has now acquired a new resonance.

Thanks to an 'interesting facts about Scotland' item in the Scotsman newspaper, I now know that the old royal coat of arms of Scotland showed a shield supported by two unicorns. After the Union of the Crowns in 1603 King James VI / I replaced one of them with the English lion to represent the Union. The version of the Coat of Arms now used in Scotland shows the Unicorn on the left (because in our culture where we read from left to right the left-hand position is considered to have primacy) and also wearing a crown. It does though still seem to be chained.

A popular piece of verse made famous by Lewis Carroll in Alice Through the Looking Glass joked that the Lion and the Unicorn looked as if they were fighting over the crown rather than jointly supporting it. Since independence for Scotland became a live issue that view seems most apt. The reason for adapting the line for the title of this post is that today is the first day of the new tax year. It has a special significance here on the border because the first steps towards letting Scotland set its own taxes come into effect this month. As of April 1st (yes, I'm sure everybody's made that joke) there is an entity called Revenue Scotland up and running. It will start off by collecting some existing taxes and get geared up ready to collect new or different taxes that the Scottish government may introduce under newly devolved powers.

I don't claim to understand all the details but I am inordinately excited about this. I confess that life on the border has seemed a little dull and flat since the indyref returned a No result. But if and when Scottish income tax becomes higher than the English kind, we can look forward to a flurry of activity again. Lots of to-ing and fro-ing and house buying and selling. I can tell that this prospect is really worrying some people because the campaign against the SNP by all the other parties contesting the general election is starting to get dirty. That's way better than treating it as a joke like they used to. I love this stuff! Bring it on!