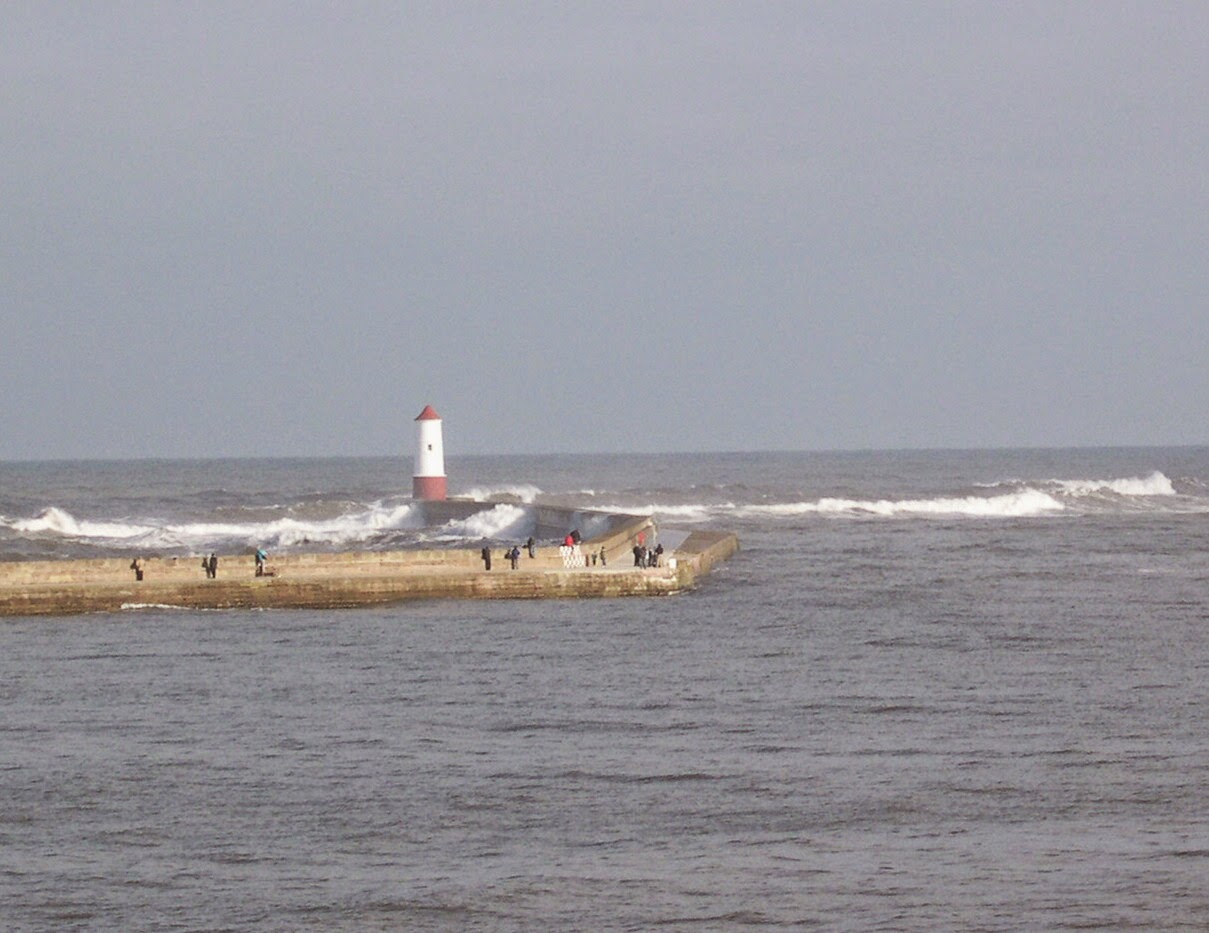 Hail, holy light! Only a quotation from Milton can do justice to the joy those of us who live at these northern latitudes feel over the return of the sun in springtime. Today is officially the first day of spring, and I have now ceremonially washed my gloves and put them away in the drawer until the autumn. I'm holding off on parting with my woolly hat for a bit longer.

This afternoon was a gorgeous day of spring sunshine and I took this photo of the lighthouse at Berwick-upon-Tweed. We were amazed at the way the waves were breaking right over the pier. Today this was not because it was windy or stormy, as in the Craster post below, but just because the tide was exceptionally high. We were warned that it would be because of the proximity of the moon to the earth, related to yesterday's partial solar eclipse.

The eclipse was a fantastic experience. While London based broadcasters sulked in overcast conditions that rendered the sun invisible, we enjoyed a perfect clear, sunny morning. I was down on the quayside with a group of neighbours. As the moon began to move across the sun at about 9.25 am the seagulls seemed to become agitated and swirled around in a squawking flock. I was certain that it would take more than an eclipse to upset Berwick seagulls, the gangsters of the avian world, but I was wrong. At the point of maximum eclipse both the temperature and the light level  had noticeably dropped. The red tones of the stones of the Old Bridge were more pronounced than usual and the quality of the light resembled that before a thunderstorm. One of my neighbours went to have a look at the swans and reported that they had assembled on the slipway and gone to sleep, as they do in the evening.

I was kindly granted a look at the screen of a filtered camera one person had set up on the quayside, and sure enough there was a beautiful crescent sun at the point of 90% eclipse, the maximum visible here. Two people told me later that they had made pinhole cameras that gave an excellent view of the sun, but sadly I didn't think of that soon enough. What was really good was that when clouds passed over the sun as the moon was moving away, it was possible to look directly at the sun for a moment and see the silhouette of the moon very clearly behind the cloud.

I am rather regretting not taking a photo of the Old Bridge during the eclipse, but I'm not sure that the unusual lighting effects would show up in a photo. Instead here is one taken this afternoon, complete with a large clump of grass floating incongruously downstream, presumably dislodged by the high tide. 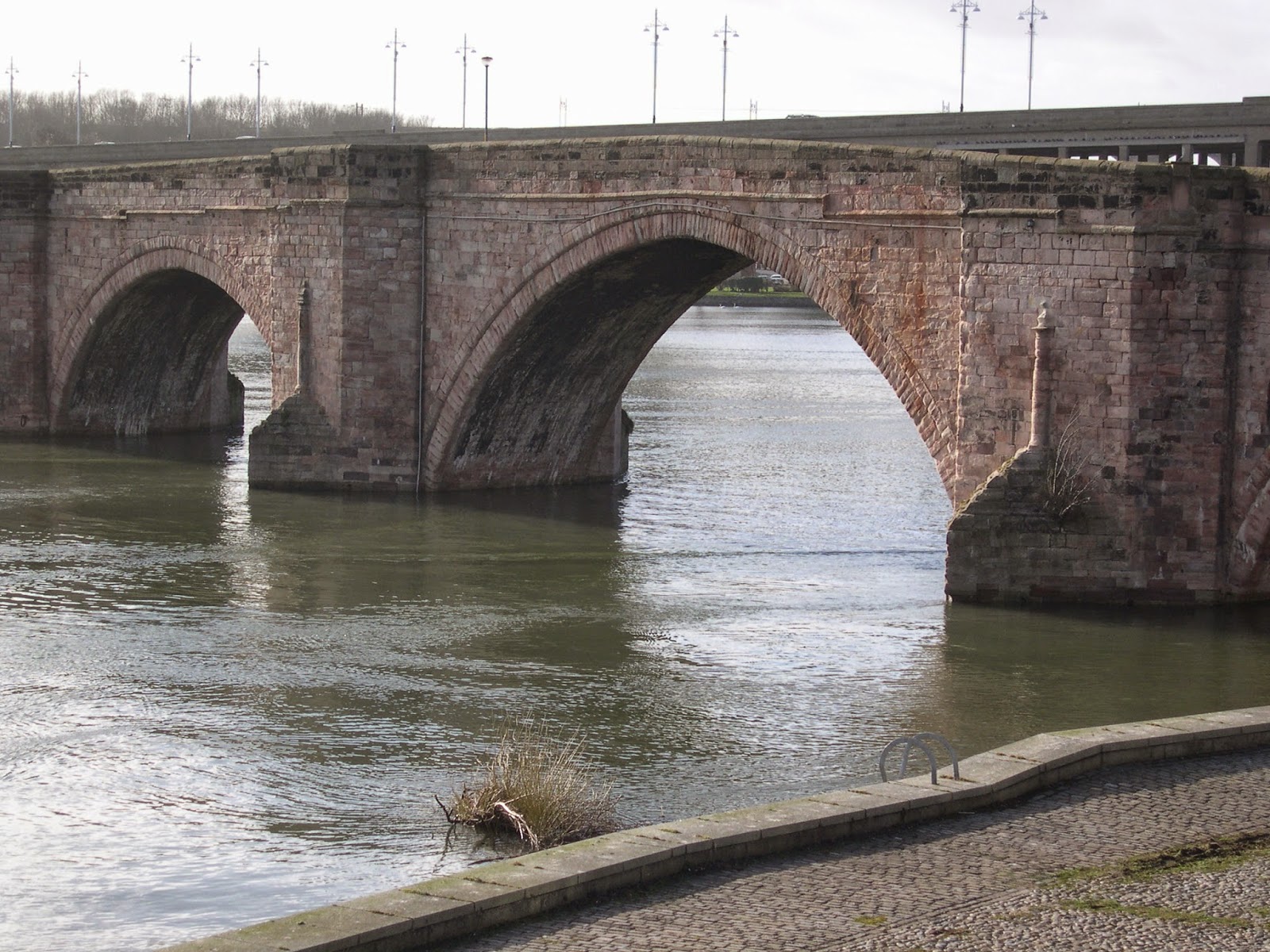