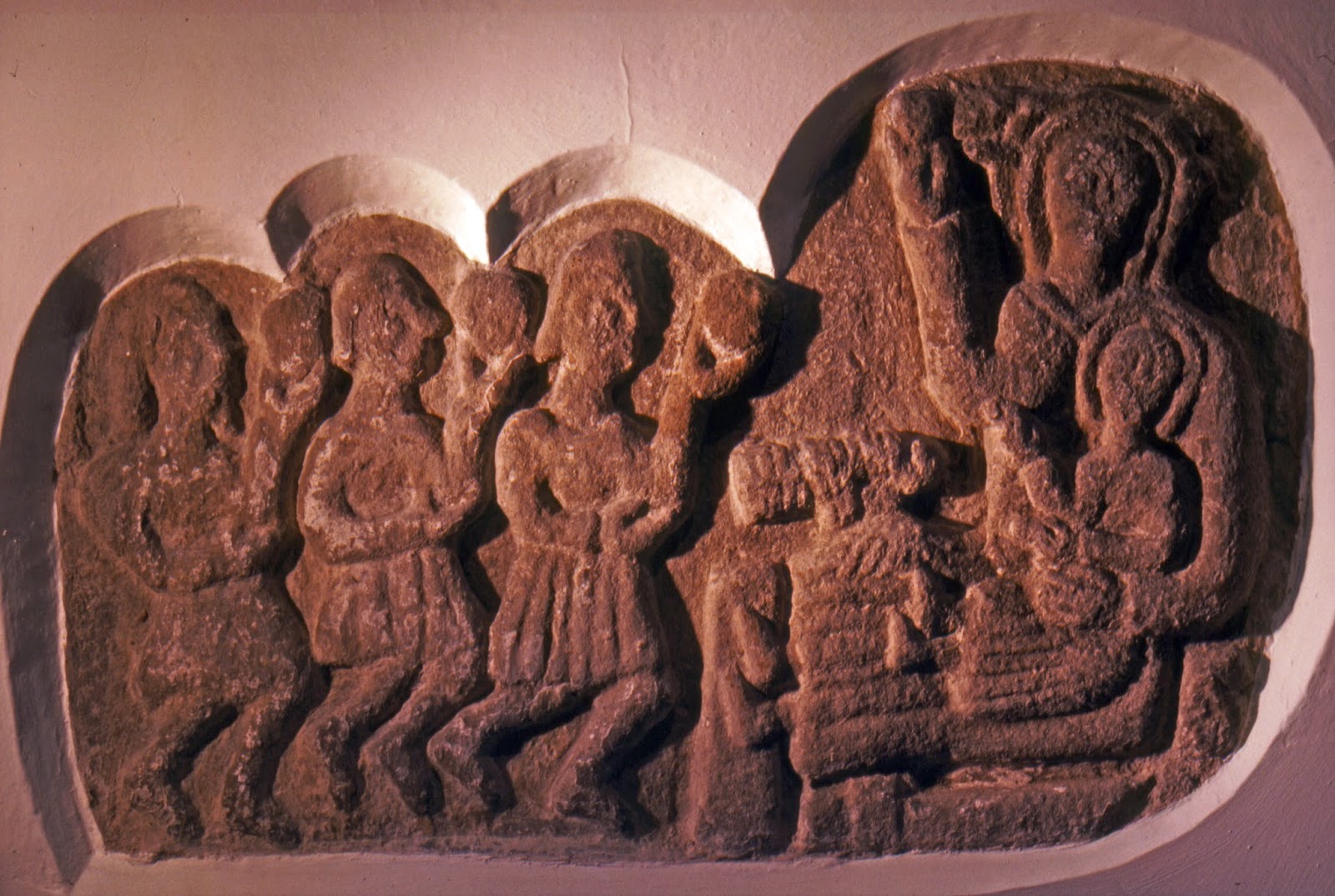 A very Happy Christmas to all my readers!

For my Christmas post this year I have something a bit different for you. This is a photo of a sculpture in the parish church of Kirknewton, a small village in North Northumberland. (I should confess that it was taken by my late father and not by myself.) You can see that the modern plaster on the wall has been carefully shaped around the figures to preserve this very old relief carving of the Adoration of the Magi.

It is recognisably a depiction of the Three Wise Men bringing gifts to the Baby Jesus, who sits in his mother's lap. The detail that makes it so interesting is that the Wise Men are wearing, not trousers, nor anything known to have been worn in first century Persia where they reportedly came from, but the type of garments that the local congregation here in the English-Scottish Borders were apparently familiar with, now usually referred to as kilts. Every serious book on the history of Scotland that I've read says that our modern idea of a kilt is mostly a Victorian invention and that the Scottish Highlanders in centuries past simply wore a piece of plaid cloth loosely wrapped around themselves. This sculpture seems to provide evidence that similar styles of dress were adopted by men further south as well.

The work probably dates from the 12th century, according to the great Nikolaus Pevsner. The Northumberland volume of the 1950s 'Queen's England' series refers to it vaguely as 'Norman'. Both of them describe it as artistically very crude, which may be true but is kind of missing the point about why it's so appealing. It is a powerful image from the history of Christianity in Northern Europe.