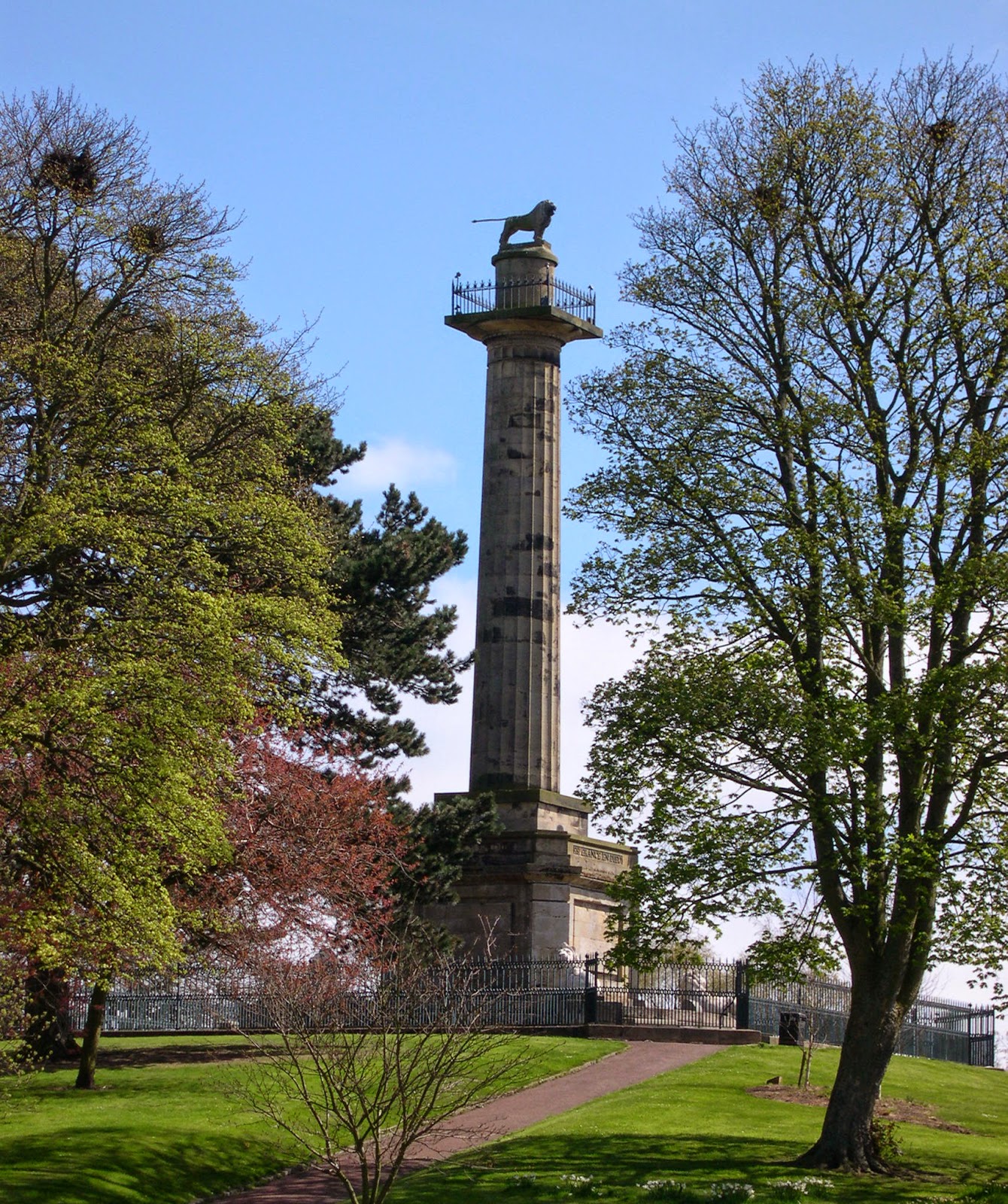 This is the Column in Alnwick, located in the nearest thing the town has to a public park. (The Alnwick Garden is not a public park.) It is never, but never, referred to by locals as anything other than The Column, in the same way as hardly anybody in Newcastle has any idea who The Monument is a monument to. (Earl Grey, since you ask.) The formal name of the Alnwick Column, as found in guidebooks, is the Tenantry Column. It was erected in 1816 by his grateful tenants to their landlord, the Duke of Northumberland of the day, in thanks for his reduction of their rents during a period of economic hardship, and the inscription on the base says so, fulsomely.

It has probably occurred to you at once that if they could afford to put up this fairly impressive chunk of masonry they couldn't have been all that hard up, and indeed, the story preserved in popular memory is that the Duke took the same view and promptly put their rents back up again. I seem to remember reading somewhere that this story is historically unfounded. The most likely interpretation would seem to be that the tenant farmers saw it as a shrewd investment, a calculated piece of schmoozing that would make it hard for the Duke to become more demanding in the future. 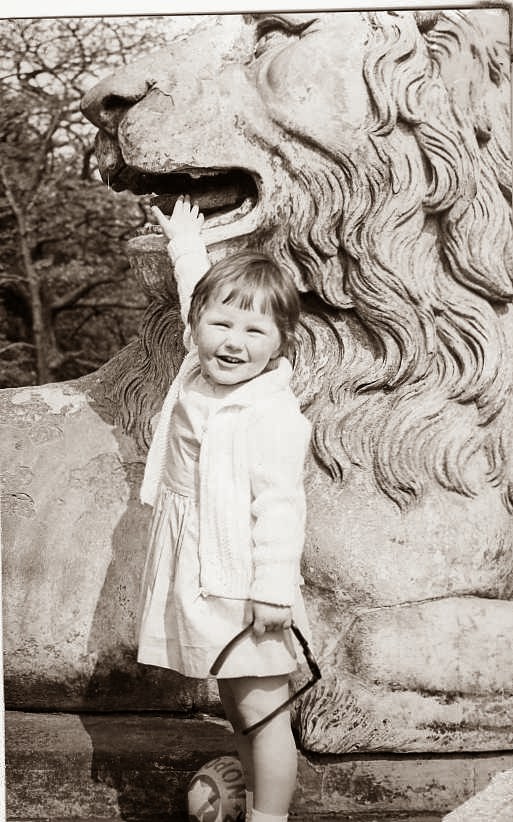 The sculpture on the top of the column is the symbol of the Percy family, the straight-tailed lion. There are four more lions around the base of the column. The picture on the right shows the present writer (as they say in posh books) at a tender age beside one of them. The similarity to Nelson's Column in Trafalgar Square is very evident, but the local sculptor wasn't in Landseer's league. The lions are kind of cute and cuddly rather than imposing. At least I thought so as a child. I was especially fond of the one whose tongue had been partly broken off, because I felt sorry for him, and I think this is what I'm pointing to in this photo.

Alas, it is no longer possible for children to climb all over the lions, because railings have been erected around the base to keep out the vulgar masses. This was part of the original design, but the original railings were taken away during World War 2 as part of the drive to recycle every possible piece of scrap metal into armaments. Because my grandfather was on the town council at that time, I have inherited a copy of the newspaper report of the council's debate on whether or not to agree to part with this piece of their 'built environment'. Some members were extremely unhappy about sacrificing their elegant railings, but my grandfather argued strongly that this was a very trivial sacrifice compared to what they were asking of their young men at the front, and his side carried the day.

And for sixty years or so the children of Alnwick played happily around the railing-free plinth. It was only a few years ago that new railings were put up, in line with the currently prevailing orthodoxy to Restore and Conserve everything in sight back to its Original and Authentic condition. Why can nobody ever admit that the original form of something is not always the best?
Posted by Elaine Housby