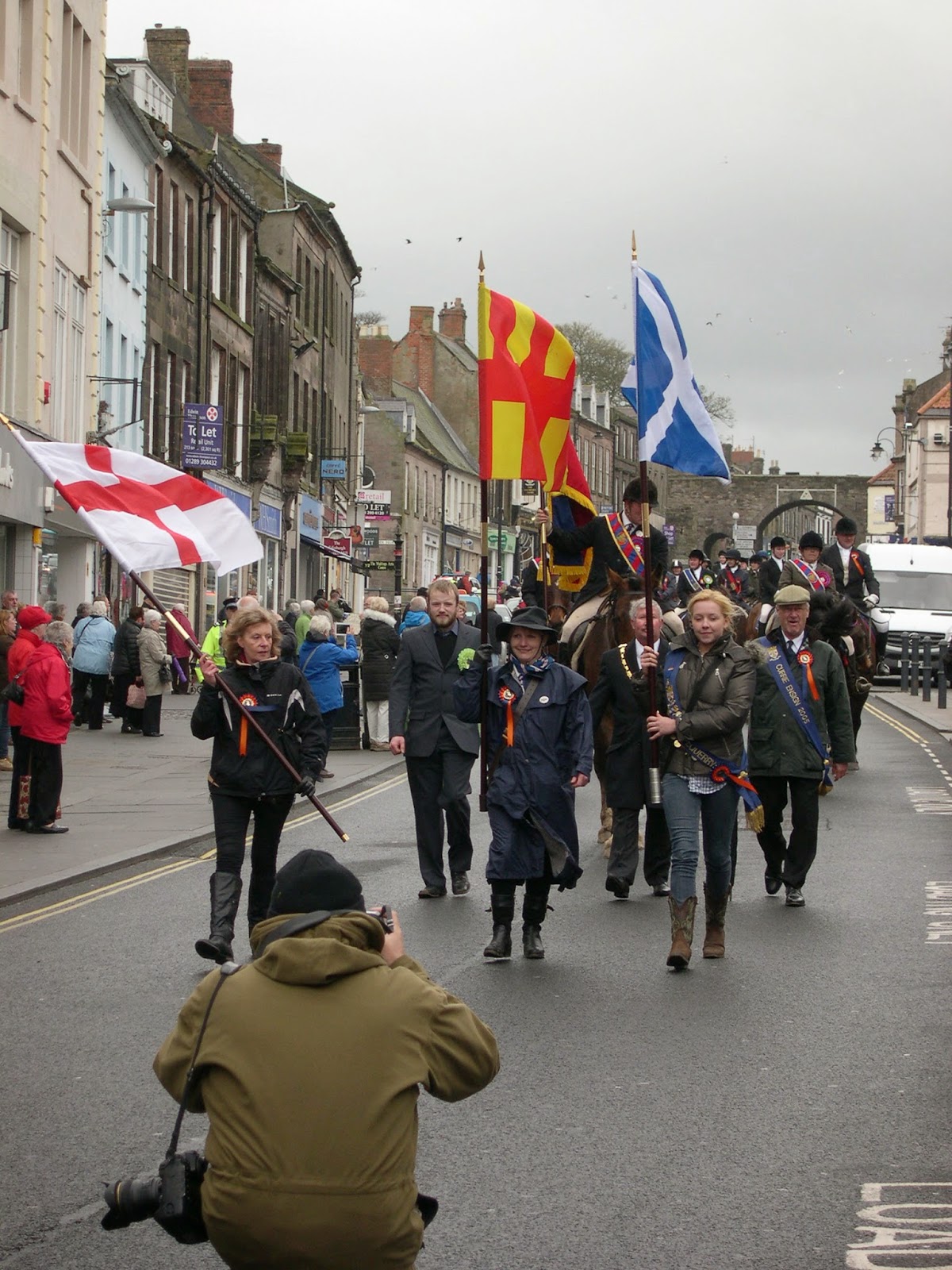 May Day, and here in Berwick the weather is most unsuitable for it. Wet, chilly, breezy, foggy. A typical day in the Borders in other words. I once saw a postcard on sale in a shop in Coldstream that depicted a freezing, windswept tourist with the caption 'I survived the Scottish summer'. Too true.

Because of the weather attendance was well down for the annual Riding the Bounds event, and I had no trouble getting a spot right at the front of the pavement as the riders came back into town in the afternoon. Excellent, I thought, at last some fine photo opportunities with nobody's head in the way. And then this keen type threw himself determinedly into the middle of the road. I think he may have been the official photographer from the Advertiser, because none of the stewards attempted to haul him out of the way with stern health & safety warnings about horses, which is what happened to everybody else who strayed off the pavement.

Two years ago I published a post about Riding the Bounds with more photos, taken in better weather, and more details about the event (here). I am still suspicious that it is far more of an 'invented tradition' than most locals let on.  But the essence of it can't have been invented that recently, because the Berwick Advertiser, in its intermittent 'snippets from 25/50/100 years ago' feature, once printed a report from the early 20th century about a couple of lonely riders turning out on May Day to observe the custom and finding nobody else interested in joining in. Of course that was when Berwick had many sources of income other than tourism. Read a very good post by local historian Jim Herbert about Riding the Bounds in the past here.

My favourite thing about the event is the proud display of the three flags, England and Scotland on the outside and Northumberland sandwiched between them. Thanks to the breezy weather this year they made more of an impression than they sometimes do. In this referendum year this symbolic display of our rather uncomfortable position in between England and Scotland seemed particularly poignant. 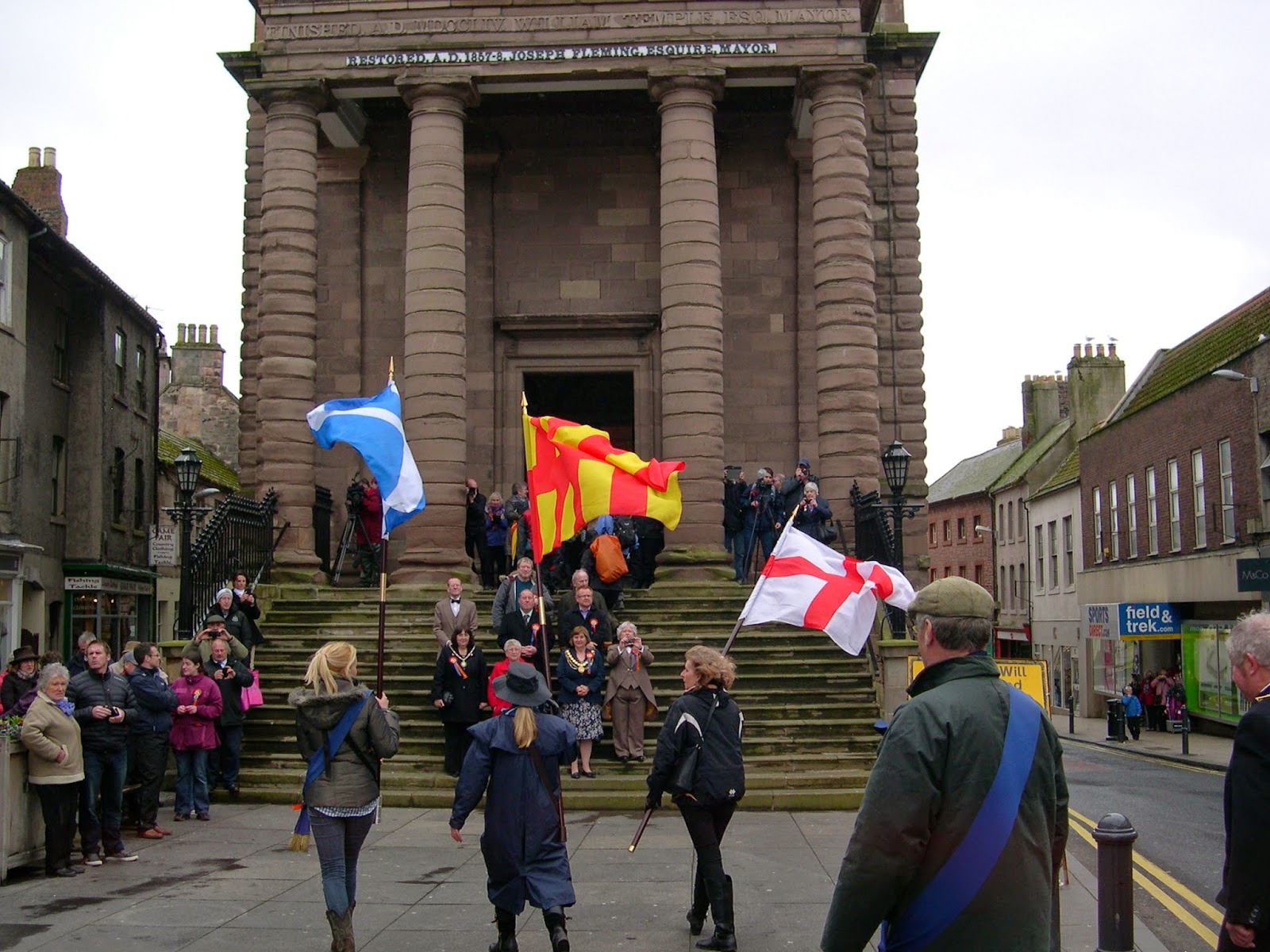