The Misty and Choppy Waters of Nationalism 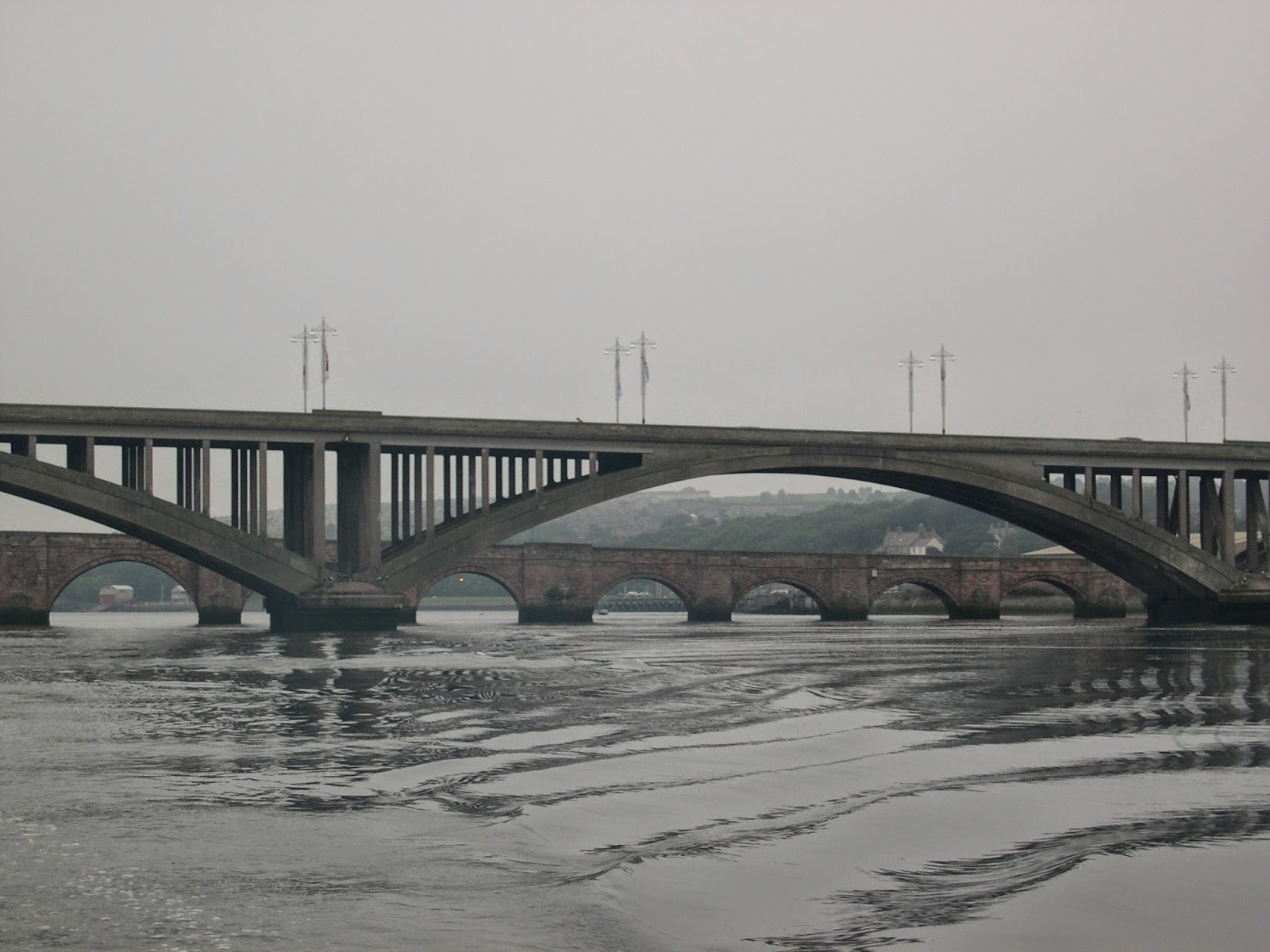 I had to think hard about a suitable photo to go with this post, but ‘misty and choppy waters’ seemed pretty apt. Over the last week I’ve had several conversations with people at polar opposites of the spectrum of opinion on Scottish independence that have made me reflect on the nature of nationalism.

The first was with one of the main organisers of the Berwick and Borders branch of the Palestine Solidarity Campaign. Well, that’s what it’s called when it meets here, the members over the other side of the border call it the Borders and Berwick branch. It’s affiliated to the Scottish PSC, who thus seem to be in the vanguard of reclaiming Berwick as a piece of lost Scottish territory. I do not necessarily agree with the PSC on everything, but it’s always refreshing to spend an evening with local residents whose political interests extend beyond the demand for free parking.

It turned out that this PSC organiser is also active in the Yes Scotland campaign, in other words he is a committed supporter of independence. He announced proudly that they got fifty people at a Yes meeting in Ayton – a very small place just north of the border – and appeared to take it for granted that the rest of us would also be happy about this. I said to him afterwards, I suppose if Scotland becomes independent then cross-border organising of societies like this will have to stop? He looked surprised and said, I can’t see why it would make any difference. I can think of several scenarios that would stop this enthusiast merrily driving to and fro between Ayton and Berwick, not to mention stopping Berwick activists doing their regular leafleting outside the Kelso branch of Sainsburys.

I can understand why those whose political campaigning is organised around the principle of ‘the right to national self determination’ would feel that an independent Scotland and a separate Palestinian state both arise imperatively from this. After all, nationalist communities in Belfast took up flying the Palestinian flag as well as the Irish one. The problem is always that this gets you into very messy and potentially nasty decisions about who is a member of the national community and thus has the right to determine its future.

Three days later I found myself chatting to a group of people in Alnwick, a small town thirty-five miles south of the border. The mere mention of the independence referendum produced an outburst of rage from one of them. Her son-in-law is Scottish but he can’t vote because he lives in England, while all these Romanians who are living in Scotland now can vote! It’s just not right!  There is an intuitive plausibility to this argument but a moment’s thought shows that the only alternative would be to define Scottishness in terms of ethnicity or place of birth, which nobody wants. There is no recognised legal sense in which somebody is Scottish although they live in England, because there is no such thing as Scottish citizenship yet. For the time being, Scottish people are those who live in Scotland, end of.  (The situation is complicated by the fact that citizens of other EU member states have the right to vote in some UK elections, including this referendum - hence the complaint about 'Romanians')

Returning to the Palestinian comparison; Israel provides an extreme example of an ethnically based definition of citizenship. So much so that, an Israel friend once told me, there is no postal voting permitted in Israeli elections because the constitution provides no means of excluding members of the Jewish diaspora anywhere in the world from claiming Israeli citizenship and thus the vote. We can readily see that the same thing would happen if the franchise for the independence referendum were granted to ‘people who are Scottish but not living in Scotland just now’. Where would it stop? What about all those descendants of emigrant Scots in the Americas and Australasia, who tend to be attached to the misty-eyed Braveheart view of Scottish history?  I can recall a few years back talking to ‘an English person who happens to be living in Scotland just now’ who was enraged by Alex Salmond’s call for descendants of Scottish emigrants to return to the mother country for a ‘year of homecoming’. This was, he claimed, a clear example of basing citizenship on ‘blood’, and where had we heard this before? That’s right – Nuremberg!

I think this was a little harsh on Mr Salmond and the SNP, whose official line has always been that anyone who chooses to live in and work for the New Scotland will be warmly and equally welcomed. But I can kind of see what he meant. At the same event in Alnwick last week I talked to a friend of mine, a Scottish man who is married to an English woman. They live happily together in a beautiful part of Scotland. He is passionately opposed to the nationalist  movement, not least because he feels as if he is now being expected to hate his own wife. Oh dear.