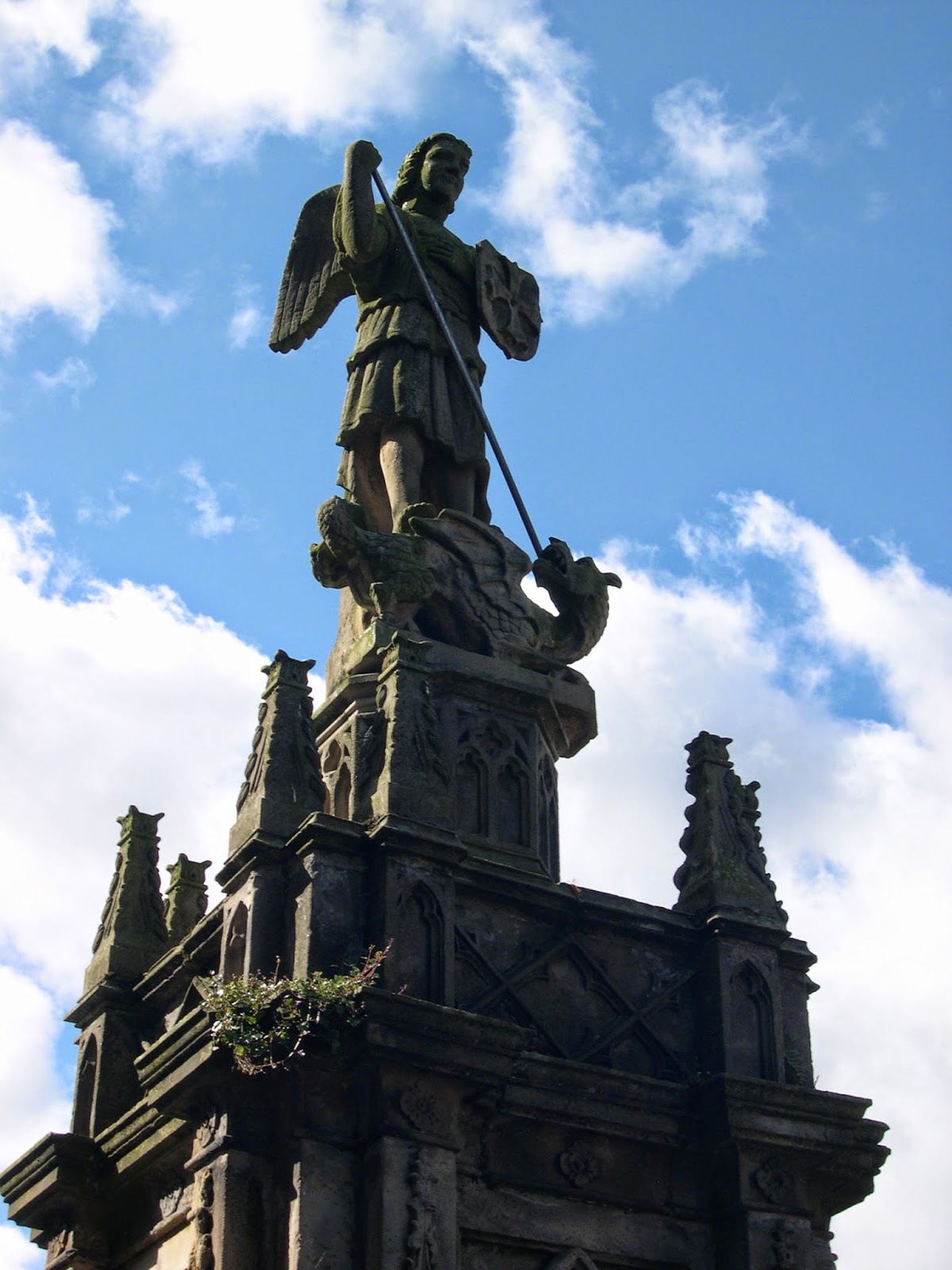 I said has not is. Stop sniggering at the back. A 'pant' is a term apparently unique to North East England for a public water fountain, of which there are several in Alnwick. This is the best known one, situated just below the entrance to St Michael's Lane and ornamented with a figure of St Michael slaying a dragon.

It still has water running from the spout and filling up the tank. Some people throw coins into it, an apparently conditioned reaction to any ornamental water feature, and every now and then some of the local clubs and societies come along and fish them out and donate them to good causes. In some of my impoverished periods I used to contemplate fishing them out myself, but the water is usually so disgustingly dirty that I couldn't face it.

St Michael, the dragon and the other Gothic curlicues are presumably Victorian flights of fancy, but the basic concept of a public source of water called a pant is evidently a very old one, as there are extant references to examples much earlier than those that have survived until now. What's more I don't recall anybody sniggering about it when I was young - I think the word was still too much in common usage to arouse any associations with underwear. 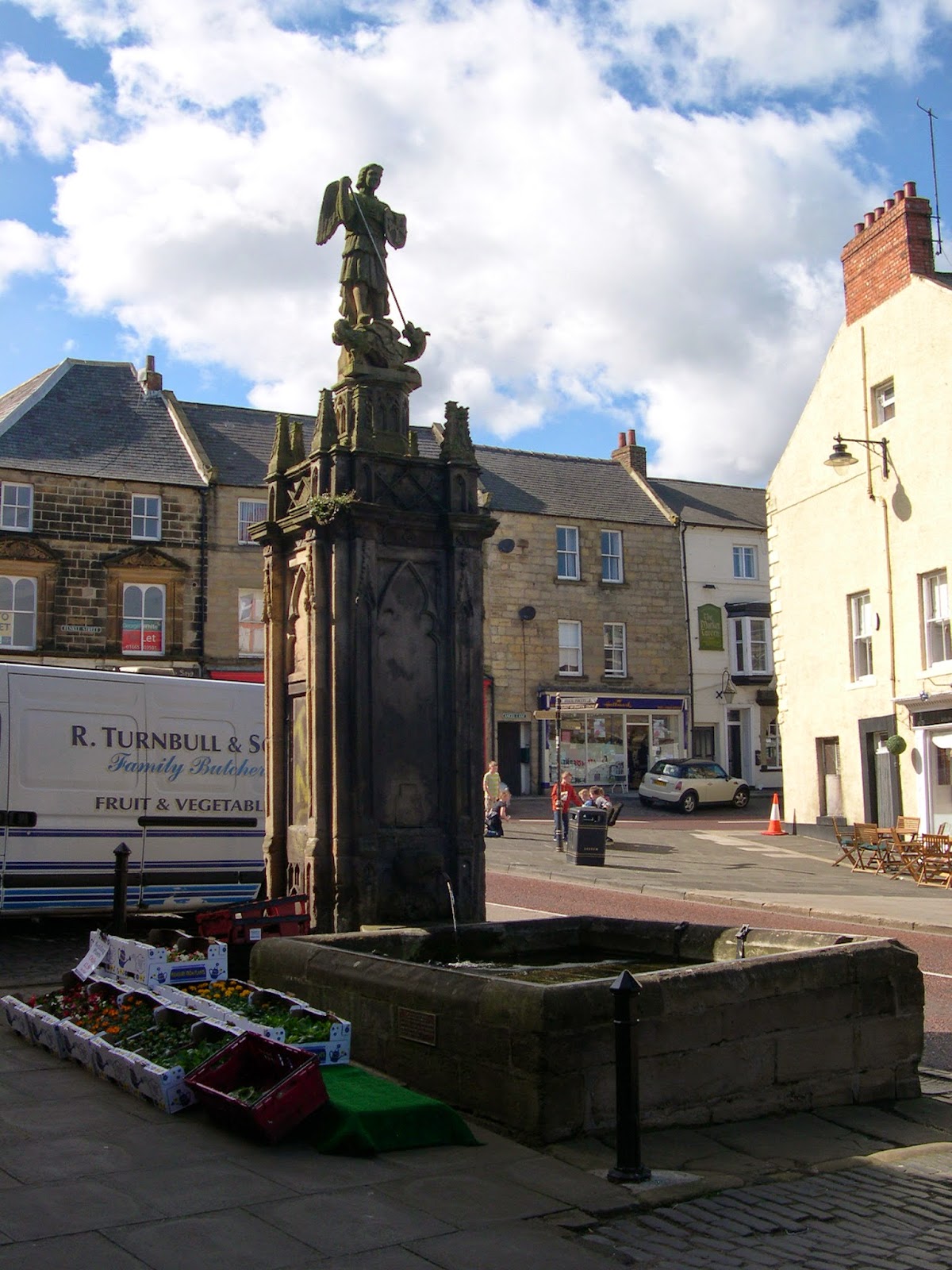 In 1997 the Alnwick Civic Society held a competition for the most plausible etymology of the word 'pant'. I won the first prize of a bottle of wine. My triumph was based on the rather unexciting suggestion that 'pant' is simply a variant form of 'pond'. Chambers dictionary says that 'pond' derives from the same root as 'pound', an enclosure where stray animals are kept, and that the core concept of a pond is thus a body of water that has been artificially enclosed.

This suggestion was backed up by Adrian Ions, a well known Alnwick history buff, who found an entry in a 19th century dictionary of northern speech confirming that in this region 'a pant is a public fountain of a particular construction, having a reservoir before it for retaining the water' and that  'pond was anciently pronounced pand, which may be derived from the Saxon pyndon, to enclose or shut up'. Adrian should probably have got the bottle of wine but apparently my entry arrived earlier. 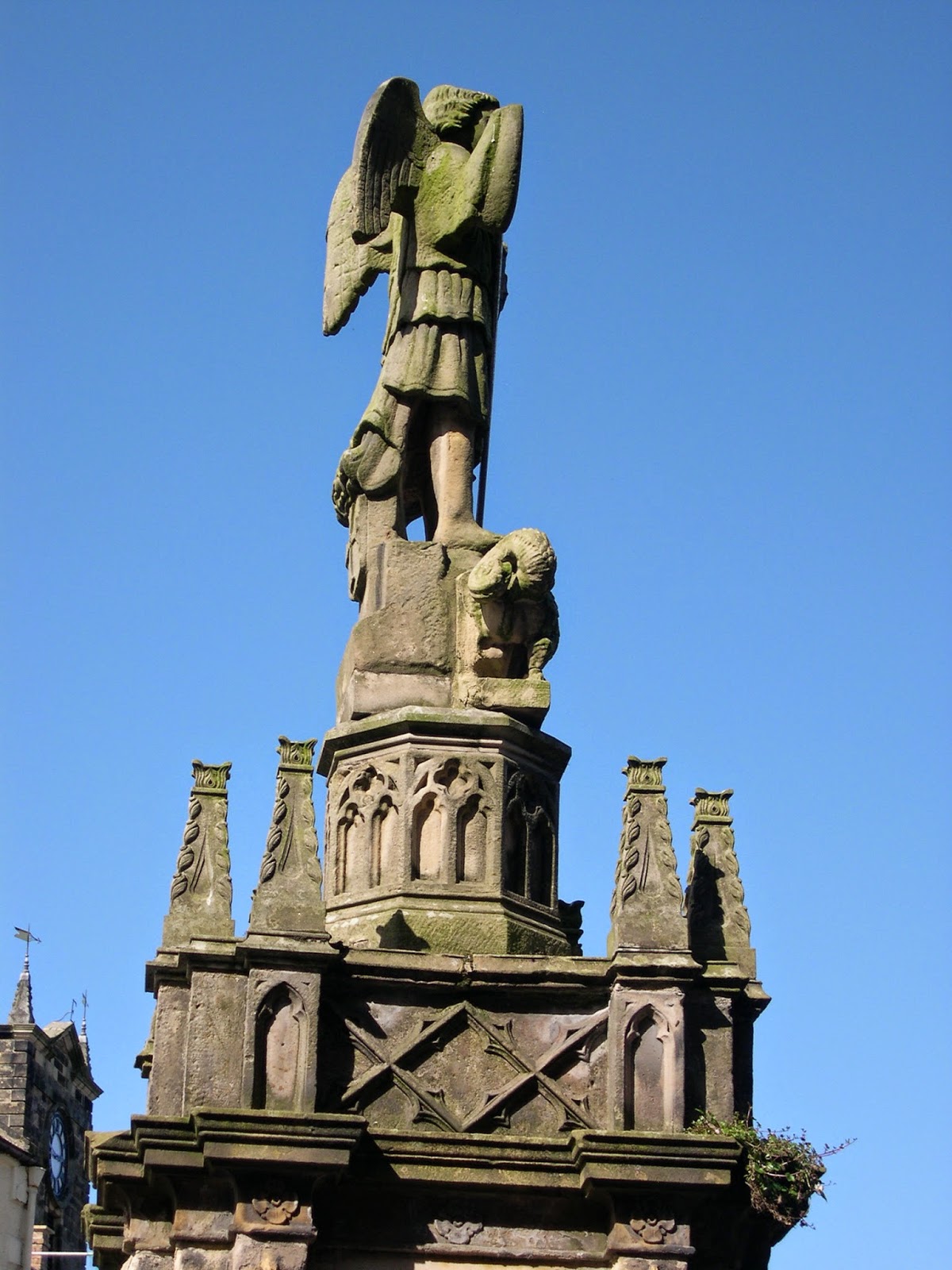 Fifteen years after these findings were printed in the Civic Society's newsletter, a glossy new leaflet appeared in the Tourist Information Centre promoting 'a number of activities in 2013 themed around the old pants of Alnwick'. A box on the leaflet explains that 'a pant is a public water fountain, normally attached to a water trough. It is thought to be a form of the word pond'.

Should somebody be paying me royalties for the use of that piece of information? I need the money. If anybody would like to pay me to undertake any more historical research for them, just ask!

P.S. In case you are thinking that the boxes of produce beside the pant have been left there as the survival of some ancient ritual of offerings to the saint - sorry to disappoint you. The shop adjacent is a greengrocer's and regularly lets its displays overflow onto the pavement.