The Wealth of Nations 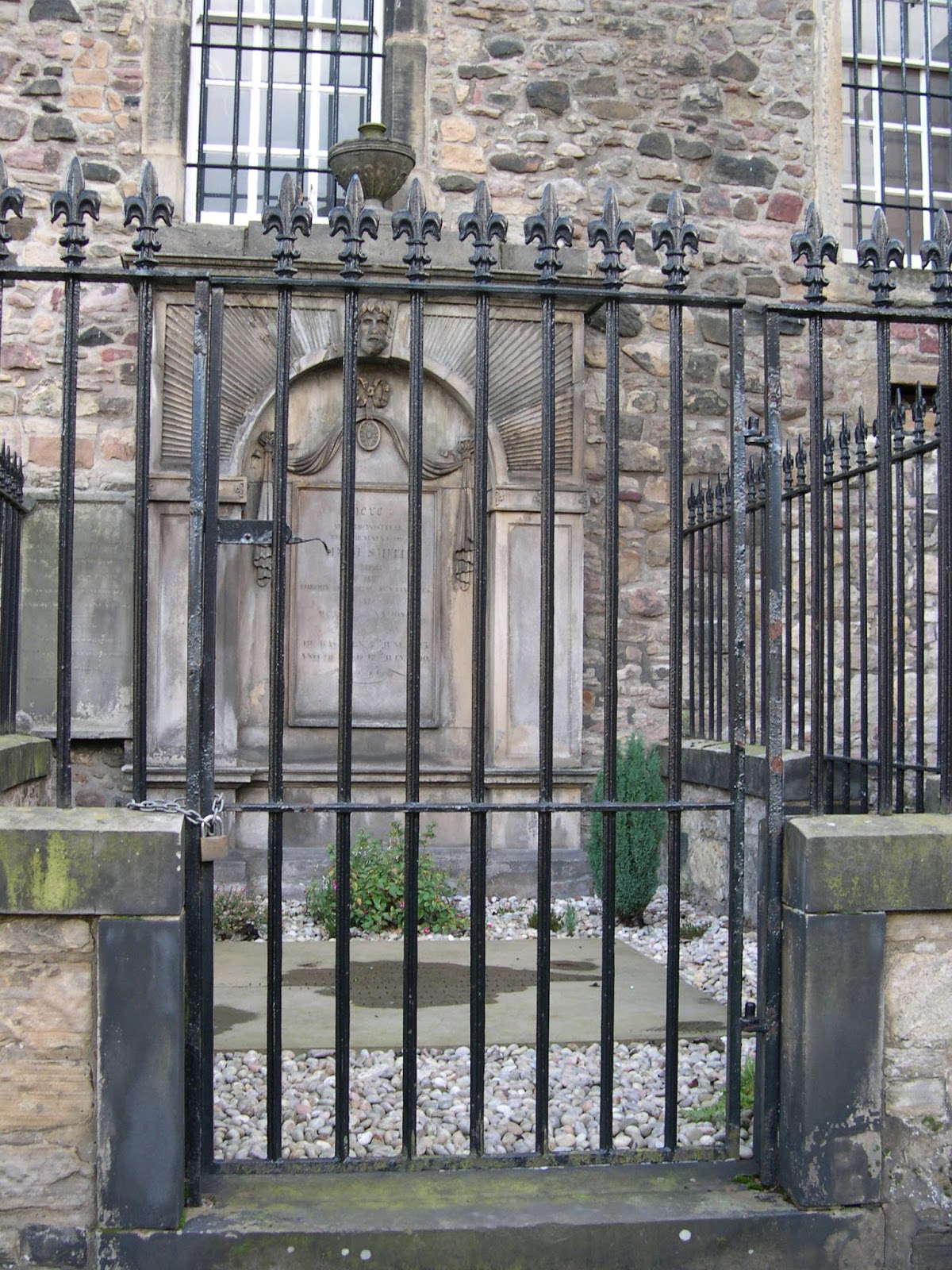 A few weeks ago a professional day trip took me to Edinburgh, the furthest limit of the area covered by this blog, but also the source of much anxiety for its heartland in the Borders. While I was there I made the pilgrimage to the grave of Adam Smith, the founder of the modern discipline of economics, in Canongate churchyard.  It seems appropriate to show it here, because the name-calling and mud-slinging over the economic prospects of an independent Scotland has now turned really quite unpleasant. Companies are announcing that they will flee the country if it leaves the UK, because of the uncertainty over whether it will be able to continue using sterling as its currency. Were I a nasty, suspicious, political sort of blogger, I would suggest that George Osborne, the finance minister of the Westminster parliament, has been deliberately talking up the impossibility of Scotland using sterling in order to create just such a flight of capital and put economic pressure on the nationalists. But I'm not, so I won't. 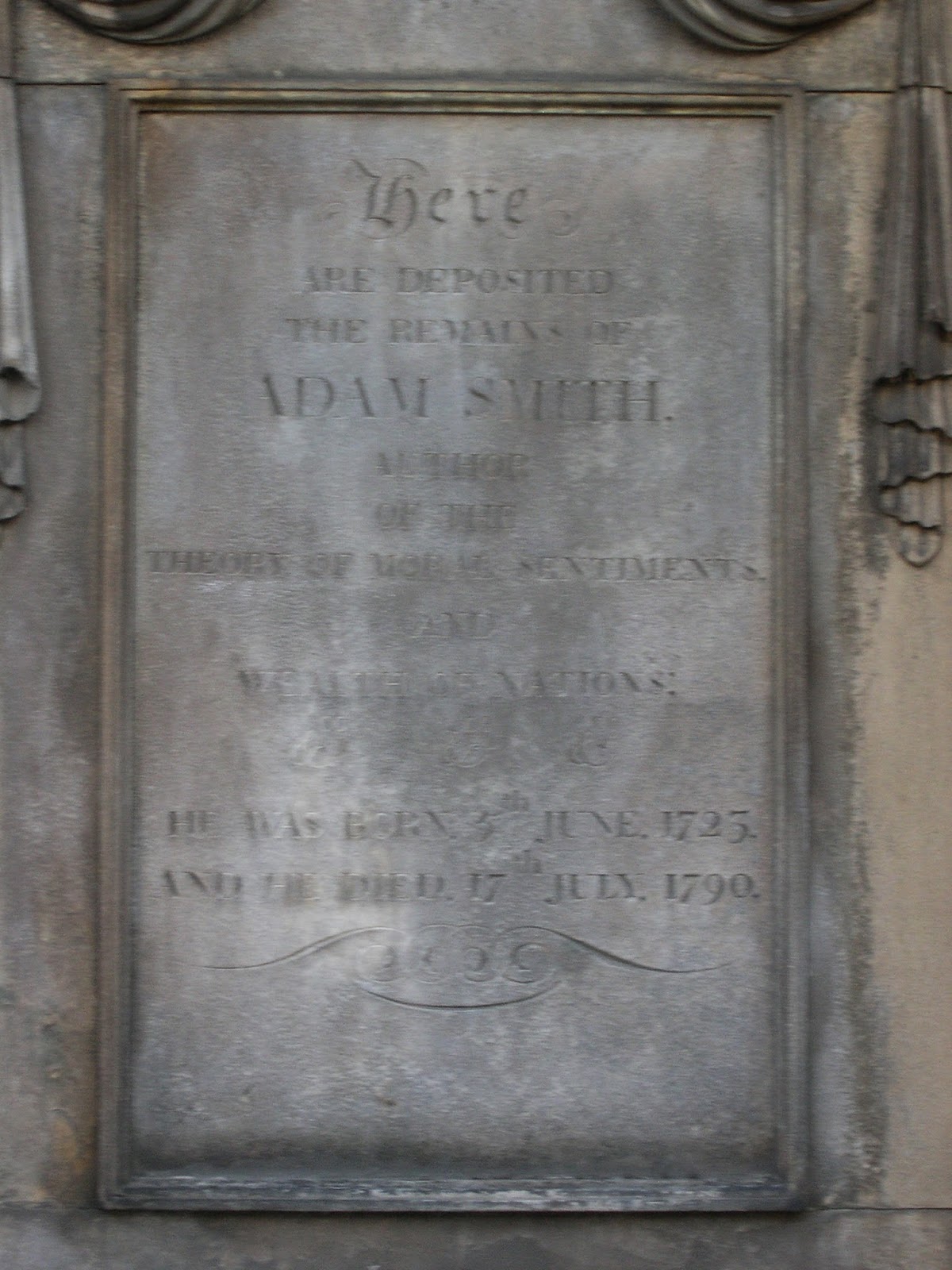 The original inscription on the grave is not easily legible now, but if you can get a zoom cursor on it you may be able to make something out. I'm fairly sure that when I first visited Canongate, about thirty years ago, it was possible to walk right up to the stone and get a better look. The railings and the gravel and the fancy carved quotation (underneath the rain puddle) are newer additions. Was it thought necessary to protect the grave in this way? From adoring admirers kissing it to pieces or enemies wanting to smash it? I can imagine that the Edinburgh branch of the Occupy movement might have blamed Adam Smith for making economics seem like a respectable way to plan society and thought it was worth making the trek from their camp in St Andrews Square to Canongate to leave evidence of their disapproval. 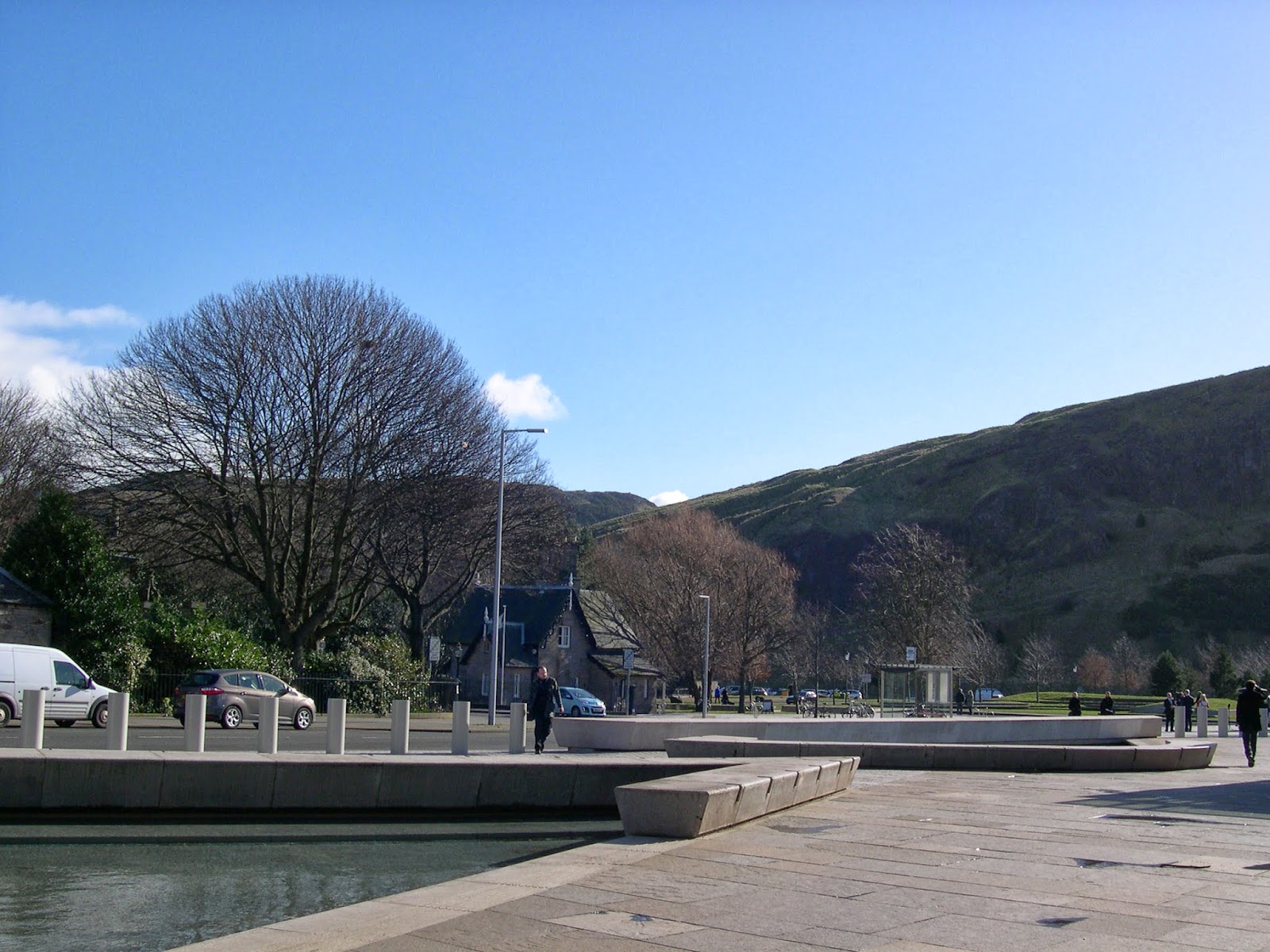 Canongate churchyard lies only a few minutes walk from the Scottish parliament building at Holyrood. (Here is a picture taken just outside the parliament's entrance, for no better reason than that it's a pretty view.) So any MSP struggling with the present day economic problems of a Scotland possibly about to become independent can easily take a packed lunch down there and commune with the spirit of the great man. It is impossible to resist speculating on what Adam Smith would have thought about the modern independence movement. He was born in 1723, only sixteen years after the Union with England had taken place, and would no doubt have been very conscious that Scotland was driven into union by running out of money. I know that's not as romantic as the Braveheart version, but by 1707, honestly, it was all about money. And in 2014 it still is.
Posted by Elaine Housby