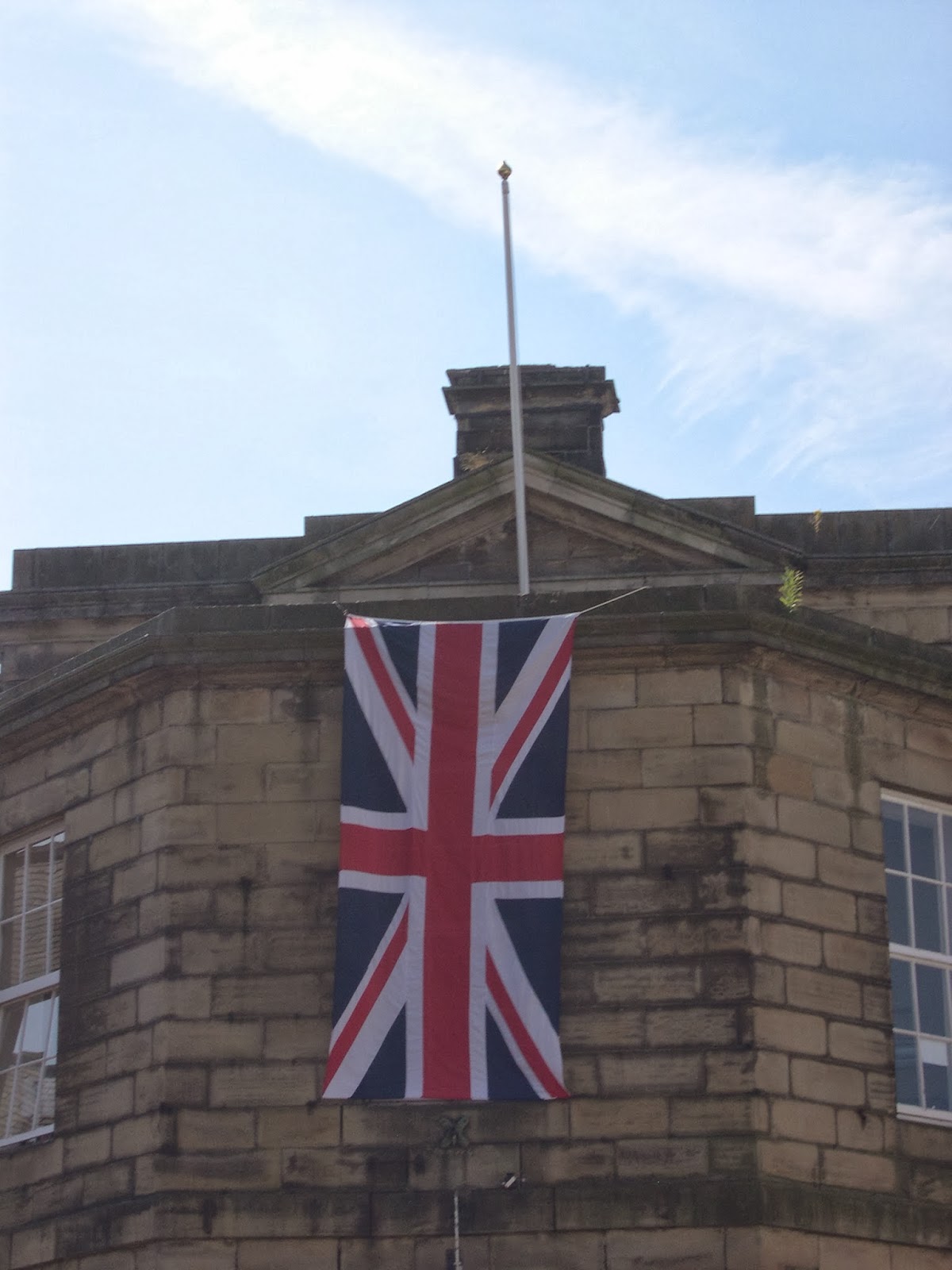 This is a picture of the impressively large Union flag that hung outside the Northumberland Hall (an 18th century assembly rooms) in Alnwick during the period of the 'Jubilympics' in 2012. A few days ago David Cameron, Prime Minister of a so far still United Kingdom, decided that the best way to persuade Scots to vote against independence was to stand in the Olympic stadium and remind us all of the great achievements of Team GB in the summer of 2012. That's right, he thought that the hearts of Scots would be warmed by being reminded of an event in London - in London - that cost several billion pounds more than it would take to enable all five million of them to live in luxury.

Now, we had already worked out that David Cameron is not the sharpest tool on the parliamentary gadget belt, but one assumes that he has advisers to help him with this sort of thing. If so, no. 10 should probably review its recruitment procedures. (Unless, as my friend Kate said, trying to make David Cameron look clever is just too big a job for anyone.) This was a catastrophically misconceived speech, and the main message Scots will have taken from it is not any of the actual words coming out of his mouth but the loud and clear call: Vote for independence and you will never have to be governed by an English nincompoop like me ever again!

The most bizarre aspect of the speech was the PM's call on everyone in England and Wales to use all their powers of persuasion on any Scots they may happen to come across to win them for the No side in the September referendum. This responsibility weighs particularly heavily on Berwickers. Are we expected to travel the few miles to the other side of the border on a regular basis to act as missionaries for the Better Together cause? Should we perhaps set up our soap boxes in the high streets of Dunbar and Melrose and ask the crowd, in the manner of an evangelical preacher, if they have heard the Good News of Unionism? I am sure that Conservative Central Office would be happy to supply some suitable pamphlets for distribution on such occasions, setting out in bullet point form the saving power of the United Kingdom, the most extraordinary country in history. (Yes, Mr Cameron really called it that. He must have been studying Michael Gove's preferred school history curriculum.)

I have always said that, although the polls have continued to show a clear majority for a No vote in the independence referendum, we should never underestimate the ability of the Westminster government to shoot itself in the foot. I think that a Yes majority has just become significantly more likely.