Memories of World War One 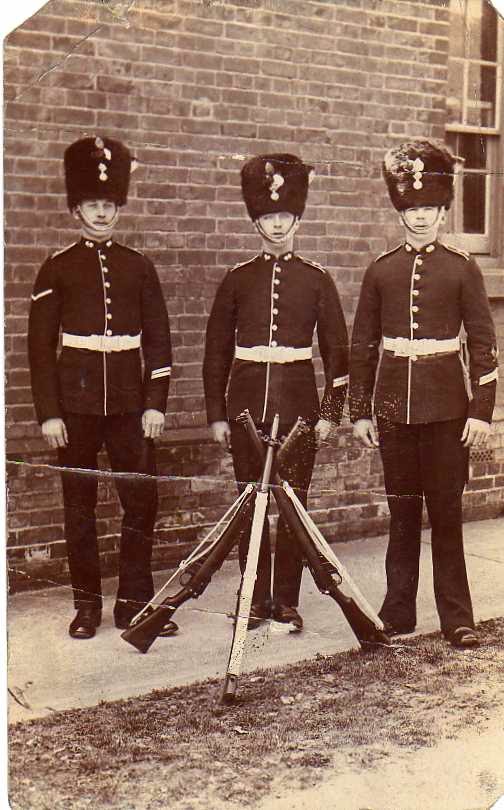 Monday is the centenary of the start of the Great War for Civilisation, as it was known at the time. I have very mixed feelings about the unstoppable tide of reminiscences of war that is engulfing us this year, but it does give me a reason to show you a photo I’ve been wanting to share for a while now.

This is a picture of my grandfather, Jack Rowsell, and two of his mates at a Northumberland Fusiliers training facility (possibly Fenham barracks in Newcastle), dated 1910. It is difficult to be certain which one is him under those hats, but my best guess is the one in the  middle. He sent it to the young lady who would later become my grandmother and wrote on the back, ‘Please don’t laugh too much or woe betide you when I come on furlough’. You can see what he was worried about. That rig-out does indeed seem more likely to make his girlfriend giggle than swoon with admiration of his manly physique. 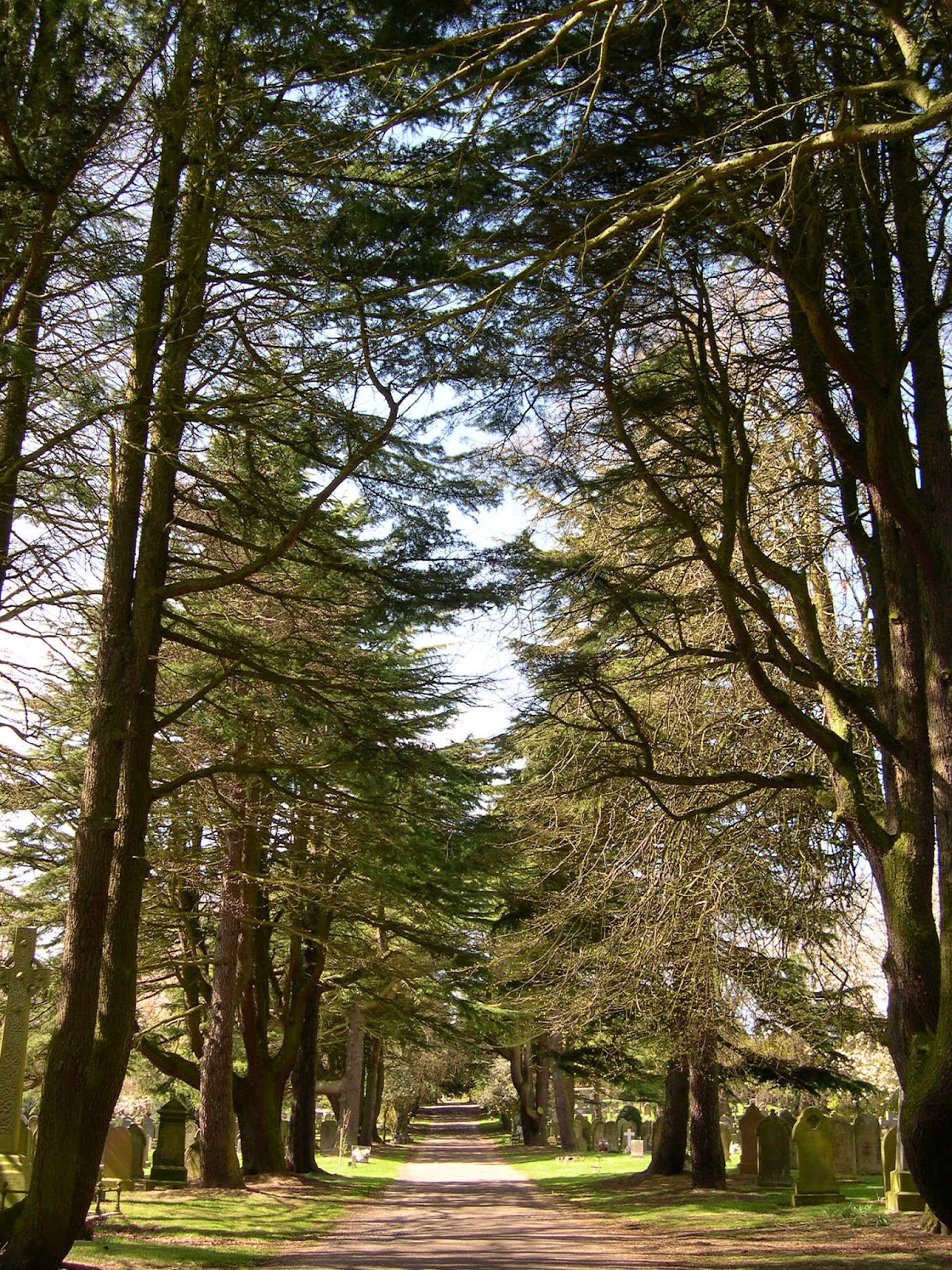 Jack and Amy married in 1914, probably at least partly because of a desire to secure the entitlements of a soldier’s wife as Europe moved towards war. They and their three daughters then spent the next thirty years living the life of an army family in various colonies and troublespots before retiring back home in Alnwick.

Both of my grandfathers were fortunate enough to survive the Great War and to be laid to rest in Alnwick cemetery only after achieving their three-score-years-and-ten. This is a photo of the cemetery. It has a rather fine avenue of trees down the centre, though that has never made me feel any better about having to attend an interment there.

On my last visit there I noticed the gravestone of a man with the given name of Verdun. Sure enough, he was born in 1916 soon after the Battle of Verdun. It seems that his parents got carried away on a surge of patriotism and sympathy for France. Their unfortunate son then had to live out the rest of the twentieth century burdened with that moniker. I strongly suspect that he was always known as Dun.

It reminded me that Amy, my grandmother, had a close friend who was always known as Effie but who had actually been christened Euphrates. I have seen the name on her gravestone and so know that this is not just a family legend. The inscription gives her middle initial as T, which irresistibly suggests that her second name might have been Tigris, though I don’t recall anyone ever saying it was. The story went that the vicar who conducted her christening was so outraged that he initially refused to baptise her unless the parents came up with a more suitable name, but he was for some reason eventually won over. In relation to the theme of war, this is a rather melancholy reminder that there was once a time when the region now called Iraq meant nothing to people in Northumberland except that its rivers had rather pretty names.